Random Sunday: do you still believe? North of no South 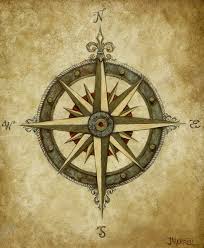 Do I believe science is pure, objective and neutral? No.

Do I believe one day all individuals will be able to develop their full human potential? No.

Do I believe sports, and powerlifting, in particular, will become merit-based activities with full compliance to rules that guarantee its meritocratic nature? No.

Do I believe business may be majorly carried out between honest partners, with full disclosure of relevant aspects of the partnership for best decision-making of all involved? No.

But I choose to act and carry on as if all this were true. These are normative principles, values that guide my actions, shape my beliefs and provide the most important element for my very disturbed brain: meaning.

Why? Because there are some people, who are usually considered disturbed and receive a DX, like myself, who require meaning to stay alive. I am not better than the next guy. Actually, there is no truly logical argument to prove that a more ethical society is better than a non-ethical one; no argument that a more meritocratic, accomplish-geared civilization is better than a mediocre one where awards are the result of manipulation and opportunistic behavior. It is not a question of being righteous or better. It is a matter of having a North.

When I was 12 years old, I became aware that there were things in the world that seemed to me to need fixing. Until then, I had seen a lot of things that made me feel weary. There were kids who lied chronically. There were sadistic kids. I was a frightened child and my only response to fear was an extreme burst of violence, of which I had no memory afterwards. Nobody messed with me until they did, through lies and manipulation. I was lost. I couldn’t find a rational explanation for that.

I looked around and there were things that were not right. Some people lived lives that couldn’t be called human. At this point I was offered Marxist explanations, which, at age 13, I thought logical and well founded. For a 13 year old teenager with no knowledge that it only made sense as an explanation of reality for XIXth century England. So I failed to realize that the people who offered me that required from me to give up my freedom of choice (and be a slave to them) in order for future kids to have freedom of choice. It doesn’t make too much sense, does it? That’s why these people have special techniques to get the smarter kids to follow them. It is called brainwashing and involves a lot of violence, but eventually, everyone can be turned. These are the guys who claim they want a better world. I saw them from the inside: they don’t want a better world. They want power. For them and them alone. To be exerted against everyone else. They all fight for some form of totalitarian regime.

Years later and having survived them, I no longer believe in any change in society where all human beings will be able to develop their full human potential. There is too much evidence showing me the forces that go against this are stronger. But I need to have that as a North. I need to believe everyone has, inside them, the potential to be an incredible human being. And that maybe I can contribute to just a tiny percentage of them to take a step in that direction.

Now science: do I believe that science will eventually be practiced according to true double blind refereeing, that grants will be distributed according to exclusively merit and relevance based criteria and that scientific knowledge will be shared communally with the spirit of unconditional commitment to its leading role in Civilization? No. It has never been and it will never be like this. It doesn’t matter: I still teach and work with science as if that were possible. These principles are a North to action and ethics. The Mertonian ethos is a normative perspective and not a naïve description of scientific practice, as some ill-intentioned social studies of science researchers claimed. Imperfect as it is, it is science and technology that brought us this far in Civilization and without it, there would be nothing. Not even the chance to dream a better world.

Sport: since the first federations were formed, in the notorious separation of rugby from football, power play has been more important than technical excellence. So, no: the blazer men from the Olympic Committee did not invent corruption and crookedness. It has always been there. Same thing goes for powerlifting: those naïve souls that dream about a return to the roots fail to realize that cheating was an ingredient of that recipe since day one. The excessive use of any possible device to maximize lifted weights were the origin of powerlifting equipment, something that now can at least be standardized and inserted into rulebooks. Do I think that with enough information, education, fighting, whining, threatening or whatever, only the rule abiding, nicely organized federations will grow? That the athletes will gladly acknowledge that following rules makes the game better for everyone, instead of taking the advantage of environments with soft rules, non calibrated plates and “everything goes”? Of course not. Most athletes have a more or less opportunistic attitude towards the sport and that is the reason why crooked leaders can exist. However, I still believe in doing my best to promote the well ruled, well equipped, calibrated-everything environment with leaders that can be trusted for their expertise and neutrality. It will never happen as mainstream practice, but it is worth a lifetime of personal investment.

I have just been, once again, taken advantage of by some crooked businessperson. My colleagues sadly question me whether there is any point in expecting the other, in a partnership, to behave ethically. Usually they won’t. Taking advantage of the other is the rule, not the exception. It is, however, important for me to believe that it is possible to have a business and behave – with partners and clients – in a totally ethical way and not be run over, robbed and go bankrupt. No trashy marketing with false promises, no cheating in deals. Just plain honesty. I even read a paper that argued in favor of honesty as a business advantage. It was emphasized how surprising this would sound, and it does.

All these things – a society where people may develop their full human potential, science as neutral, meritocratic and less politics driven as possible, sport as excellence driven and business as healthy and honest economic practice – are in a horizon I will never reach. But I need to be able to look at this horizon and keep sailing. Otherwise, why bother? Why bother to live at all?