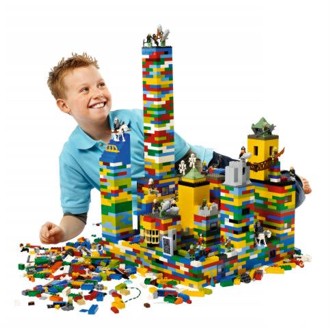 – Young man, would you care to explain to me why you are lifting those weights
– Sure ma’am, no problem: this is an autotelic activity, which means those who engage in it do so motivated by a self-referenced end. In other words, the purpose of lifting is itself. Did that help?
– A little
– For example, I squat to improve my squat, I bench to improve my benching and so on.
– Ah, so you don’t actually do that in order to better chase thieves or put down fires? Or fight terrorists, save lives in Africa or earthquakes victims?
– No ma’am, nothing of that sort
– And is squatting something of extreme importance or complexity?
– Right on, ma’am. There’s probably nothing as important in life
– Could you elaborate on that?
– Oh yes, for hours and hours. Would you like to hear about the inumerous theories concerning conjugation and the improvement of the squat? Or maybe the controversy between sumo and olympic squatting as superior biomechanical approaches to it?
– I don’t think it’s really such a good idea. But do tell me, your diet and these powders?…
– Yes… that too: to improve my squat, my bench press and my deadlift
– Does it taste good?
– Not at all: actually it tastes horrible. But we have such heated discussions on which one works best and they are so incredibly useless and elliptical that we can spend months discussing a single amino-acid
– Which is?…
– It’s a compon…
– Never mind, I got it. Let me ask you a final question: does it hurt to do those things?
– Actually no: the expressions we make are a reflex of maximal or sub-maximal efforts. It doesn’t hurt at all. Of course, we get injured and then yes, there is pain and soreness
– And you?…
– Nah… as I said, it is a means unto itself. We manage injuries in order to get back to lifting as fast as we can, often ignoring their gravity. It is extremely meaningful to the community of practitioners, quite esoteric. Which means you probably have no way of understanding how we feel about it, being an outsider
– Thank you very much, young man. I am perfectly satisfied.