My Dad (tomorrow is Father’s day in Brazil)

When I was little, I used to climb steep rocks to follow my father, who was climbing steep rocks. I had the names all right: my father was a g-e-o-l-o-g-i-s-t. That means people who go hiking in cool places, climb steep rocks over dangerous surf and also collect colorful and beautiful little pebbles in neat boxes kept inside wooden drawers. But kids were not supposed to mess with them, so they were kept at a very large building called “the school” or “the university”. “The school” was a confusing name, so they explained to me that in his case they meant the huge building also known as the university – not kindergarten or pre-school, which I hated and had no wooden drawers with shiny pebbles. 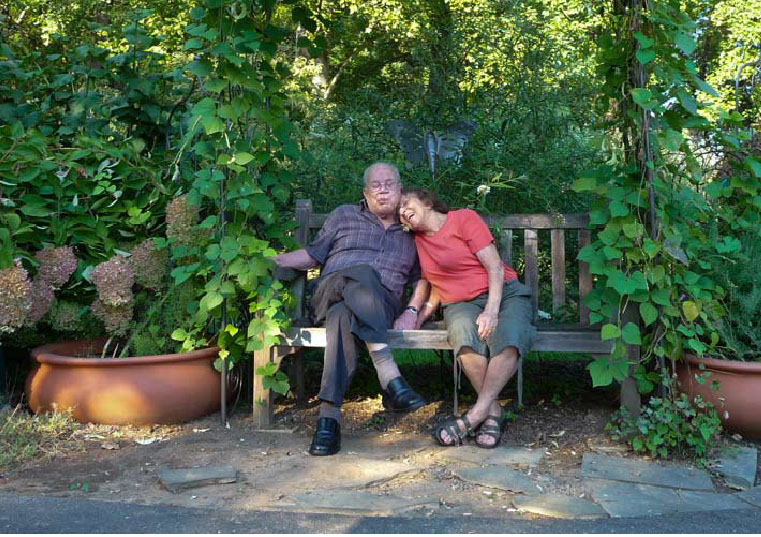 I don’t remember my dad explaining any of this basic stuff to me, such as how to climb rocks, swim to the island to catch mussels or to handle heavy ocean currents. What I mean is that I don’t recall the specifics of an occasion when he, let’s say, sat down and said: “look here, heavy currents are like this or that”.

But for some reason, I remember being instructed by him. Rock climbing was quite easy and cool and one had only to watch out for wet slimy spots. Swimming to the islands required wearing a light tenis shoe because of the sea urchins that would hurt our feet when the very heavy surf threw us against the rock, which was covered with these beautiful animals. Finally, about the heavy currents, I’m pretty sure I must have misunderstood something and even surer that my mom never checked it with me. My version of what I understood was that my father was positive that a person who knew how to swim would never drown. Never, ever.

So when I was about eight I fell into a weird spot not very far from the beach, but far enough as to be too deep for me to reach the bottom. There were waves all around and heavy currents that would neither take me “somewhere”, nor allow me to get back to shore. I was a weird kid, the project of the very weird adult I eventually became. Weird and scared of people. Somehow, however, I was not scared of the sea. I just waited until there was a wave strong enough to catch and take me closer to the shore.

I don’t think I told anybody that. I am the fourth child in a family where my brothers and sisters are respectively 14, 12 and 10 years older than me. I think I suspected that some of the things I did or planned would not be entirely approved by all of them: siblings and parents.

My dad also traveled to cool places, rocks everywhere, and he would collect some. I liked the names: feldspath, quartz, amethyst, lots of other interesting names. I don’t remember him explaining to me how to classify them, but, since everyone else seemed to be entertained with that, I guess I went along. Mica was a favorite because it looked like scotch tape and I could peel thin sheets off it (although I don’t think I was supposed to do that).

One thing I took longer to understand was what bird watching, drawing and classification had to do with g-e-o-l-o-g-y. They had told me this kind of stuff belonged with z-o-o-l-o-g-y, which was what I intended to do. Not because of birds, of course. Because of dinosaurs and whales – belugas were my favorite. Way cooler.

Things got more complicated when I learned z-o-o-l-o-g-i-s-t-s did not collect dinosaurs because they were long dead. There were p-a-l-e-o-n-t-o-l-o-g-i-s-t-s for that purpose. Between dinosaurs and caterpillars and woodlice, my heart was divided, but I ended up with the latter. At least they were alive and I could play with them.

My dad also told me the world came into being in some sort of very hot – very very very hot – event like a cloud. When it all cooled down we had the sun and the planets, all of them traveling forever around the sun. The pre-school nuns were very nice ladies and decided it was best to give me some crayons and paper to draw alone at a very large room with dark wooden furniture. The other kids and teachers didn’t seem to agree with my father.

I hated that school, but the old nuns were nice to me.

My dad is 89 years old now and I don’t think he remembers absolutely anything about these events. Not even I remember them right. I recall them like dreamlike scenes, all disconnected with lost audio.

There was this huge coloring page spread over the dining room table. My brothers and sister had color felt pens and were filling the drawing. I wanted to play, too and I was about four years old.

Someone gave me a pen and told me to color HERE.

The lines were pretty thin and I colored the wrong place, I guess.

I don’t remember anything after that, but I didn’t get to color the picture anymore.

The picture was a geological map, part of the work presented by my dad for a very important academic career step at the University of São Paulo, when one is called to occupy a “chair”. It was, at the same time, an honorable title and a position. The University of São Paulo is the highest ranked academic institution in Brazil and Latin America. So… maybe the colors should be in the right places.

But it was a coloring picture, “stricto sensu”.

My mom had to go to the dentist and wouldn’t return before 5PM, when she usually picked me up at school. So she asked my dad: “can you pick up the kid at school today? You won’t forget, right?”

He said: “No worries: I’ll leave my soccer shoes at the University locker, which is in the way, so I will remember to pick her up as I go to fetch the shoes, since it is soccer day”.

At about 7PM my mom showed up at school, where the secretary had kept me. She was upset.

When my dad got home, he looked at her, put his hand over his forehead (a typical gesture of his) and said: