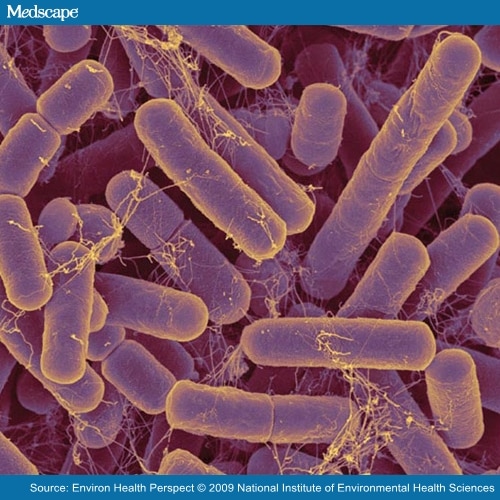 Deep Space Nine is not that far away: our identity is partly given by our tiny symbionts. Our gut microbiota is as unique as our fingerprints. It influences an enormous variety of physiological functions, including mood (and, why not, cognition?).

For the non-nerds, Deep Space Nine is the last Star Trek series, known as “the next generation”. Some important characters belonged to the Trill species, originally from the Trill planet. The Trill were symbiotic life forms. There was a short-lived (relatively speaking) humanoid life form and a worm like symbiont that lived inside its abdomen. The worm like symbiont’s life span was much longer, reaching many centuries, and they were transferred from one host to the other. You get the point of my analogy.

Gut microbiota is a complex microbiological ecosystem that inhabits our intestines. A normal human being may contain as many as 100 trillion microorganisms. They belong to hundreds of different species and researchers regard them more and more as symbionts, instead of the previous perspective according to which they were mere commensals.

There are many different enterotypes among which three are predominant: Prevotella, Bacterioides and Ruminococcus.

Bacterioides is associated with protein and saturated fat diets while Prevotella is predominant in people that consume more carbohydrates. The relative frequency of microorganisms in each enterotype population may change with a long term diet change.

As extreme carnivores, powerlifters are hot with the Bacterioides enterotype. Even in our most intimate symbiotic relations, we, powerlifters, are those notorious birds of the same feather that flock together (or, rather, eat and uneat alike).

So, if we just reduced the protein in our diet and added more carbs, we’d be better for glucose absorption, right? Not so fast.

Recent studies have revealed amazing aspects concerning the extreme uniqueness of individual gut microbiota. Actually, two people will never have the same microbiotic ecosystem structure and composition. The reason is that genetic and environmental factors co-interact from birth to regulate the host’s relationship with this ecosystem.

The day before yesterday, when I received my new diet from Rodolfo, I smiled as I read the sequence of meals and how he gradually reduced the carbohydrate content in them. He knows me for many years and along our long friendship-patient-nutritionist relationship, he was able to map a few aspects of my digestive “personality” or uniqueness. One of them is incomplete carbohydrate digestion from mid-afternoon on. Why? No way to know. It just is. That’s how my symbionts and me developed our relationship during almost 50 long years. That’s how my microbiotic ecosystem works, and that’s that.

We’re quite happy with the food we’re ingesting and digesting.