My experience trying to “be there” for a PTSD victim veteran 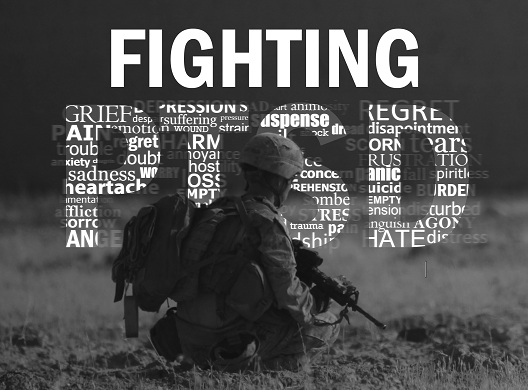 He was a lifter and needed some advice on technique. I am not sure if he was aware I am a neurological/mental condition surviving person or not: the information is on the internet. It is not a secret. At some point he disclosed his condition to me.

As is so often the case with PTSD, the survivor is not aware of what is going on with him. He received a DX and was not offered good information.  There is guilt and shame involved. After all, wasn’t he supposed to be a tough guy, a soldier, a warrior?

I am not sure this is the best approach, but what I tried to do is show him there is nothing he could do to avoid his brain reacting to the trauma the way it did. And that yes, he will probably be a “different” guy forever because of that, which is not his fault and that his condition is a problem to all of us. We have to deal with it as a society. And also, that there is happiness after trauma (I’m a trauma survivor). So there is hope.

But meanwhile, there are little things you can and have the right to do: avoid toxic/stressful situations. I tried to explain to him how the amigdala works and that he should allow himself to be gentle with it.

It seems I talked a lot, but I didn’t. Most of all, I heard him, or, rather, read him. Maybe nothing I said had any value. But the fact that I was there to read whatever he had to say without judging and really respecting him may – just may – have been of some help that day.