Follow the knee wraps: John Inzer, Shawn Lattimer and “giving back to the sport” 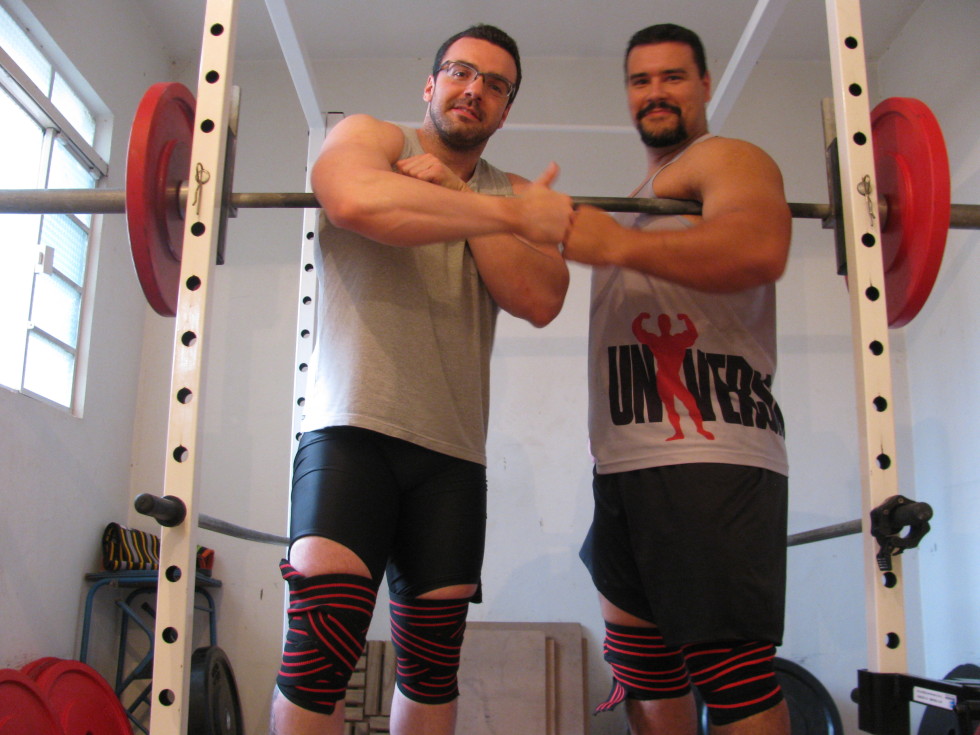 It became a kind of tradition: whenever I’m in the North East Coast, I drive up to NJ and spend an afternoon with Shawn. We’ve been digital friends since 2006 and he was actually my first coach.

In 2011, in one of these visits, he picked up a large bag and said: “here, John Inzer gave me a bunch of knee wraps and told me to hand them out to whoever needed them. Take them”. I did and, one by one, handed them to lifters I thought needed a good pair of wraps. The first person I gave a pair to was Carlos Daniel Llosa, then just starting to compete (and today one of our best lifters). He liked them so much that he followed my example and collects knee wraps.

I don’t remember who were the other 6 or 7 lifters who were benefitted by the “pay it forward” Inzer knee wraps. The last two were Hugo Quinteiro, national champion, record holder and IPL world record holder (on the deadlift) and Luciano Dias, ranked as fourth best Strongman athlete in the country. These are pictures of the two of them.

“Giving back to the sport” may take infinite forms. They don’t need to be complicated. John Inzer and Shawn Lattimer did something simple and I just distributed the wraps. The result was important: everyone valued the gift.

This tells me one thing: more often than not, we overcomplicate the obvious.