About giving up (thoughts on Brandon’s thoughts) 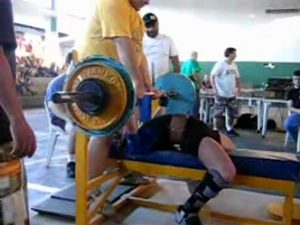 Brandon Lilly posted another interesting comment about powerlifting and attitude today. This is it:

“If I gave up when I felt like I’d never get any better I’d have quit when I fell to the ground, busted my lip, and bloodied my nose when I tried to squat 135 lbs for the first time. I felt so much embarrassment, but I also believed I’d get it one day, and one day I did then over time 135 became 826. I’ve never given up even when things seemed impossible. Anyone can achieve if they commit to it.”

I thought I’d reply, but then I figured it would be another one of those pain-in-the-ass long replies to posts that nobody wants to read. So I decided to write a separate text about this subject.

However true Brandon’s statement may be, I think it deservesa comment on its exceptions and specificities. There’s a question asking to be asked here: why do people give up anything? It’s not always because they feel overwhelmed by failure, shame or feelings of unworthiness. It’s not always, either, because the person lacks determination, was not trained into any delayed reward system, or is too immature to handle that. Sometimes people give up because the critical moment gives him/her an insight about the nature of his relationship with the thing in question: “it’s not for me”. It’s the “I’m not that into it” moment.

Who hasn’t had that? Even with people: who hasn’t given up a relationship because, during a crisis, you have an epiphany: “I’m really not that into her/him”.

I’d like to share three stupid examples of very serious injuries I suffered in powerlifting: one was when the bar fell on my face. It was loaded with 244lbs, I was trying a F6 Titan shirt and my two buddies were too confident I would hold the lockout. I didn’t and it came right into my upper lip/nose (which broke). Until this day, nobody can explain how I didn’t die. I didn’t, and two weeks later I lifted the best bench press in my whole life until that moment.

The second was when I broke my fibula while squatting (slippery floor). Very stupid. Cast up to the groin, the week after the accident I wanted to bench at a local meet. My friends felt insulted and refused to give me a ride.

The third was when I destroyed everything inside my left knee joint, including ACL rupture, bone, etc. I showed up at the clinic and told my friend (the doctor): “try to fix it as best as you can because I have a World championship in four months”. Eventually I became reasonable and agreed to give up the Championship that year (and won it two years later) and undergo surgery.

Each of these “accidents” (they look like accidents but they’re actually the result of my own neglect of safety principles) could have made someone else decide to give up. Why didn’t I? I have a theory: when it’s “your thing”, adversity will only make you want it more. Not only you won’t give up, but you will become irrationally and recklessly stubborn on holding on to it.

Giving up is very sad when someone does it as a result of external overwhelming forces. But if it’s not “your thing”, then, by all means, GIVE UP and go look for what makes you happy, gives you a sense of belonging somewhere in the order of things in life, creates meaning and provides you with an identity.