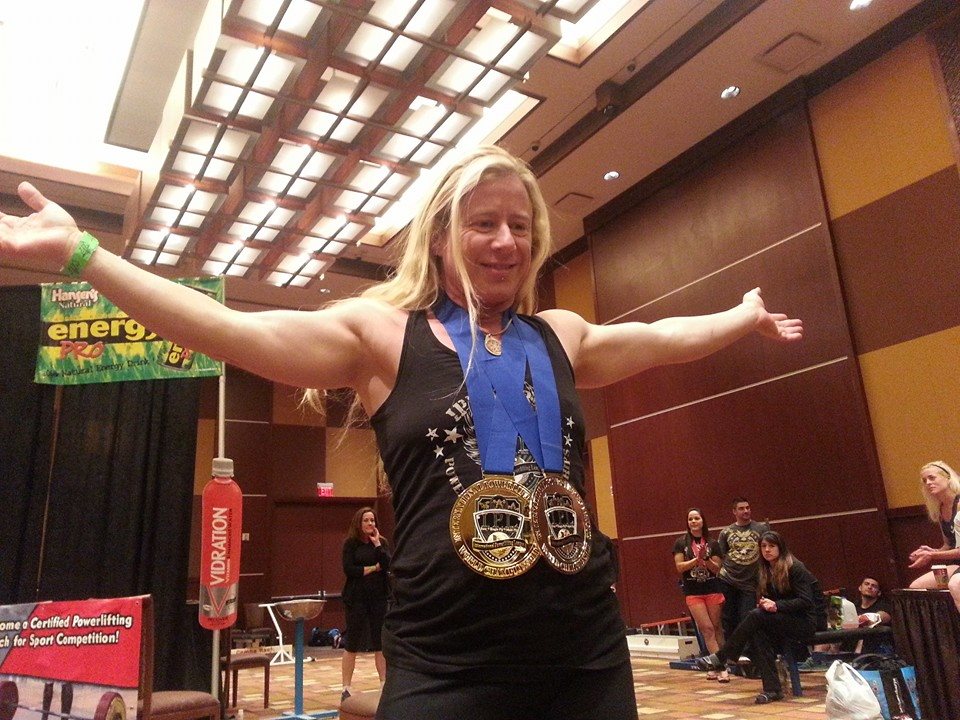 Here’s the data: I won at the open and master category at my bodyweight class (132lb), broke the squat and bench press open records plus all the master records. Got close to breaking the total, far from breaking the deadlift record and close to best lifter.

In terms of my personal performance and results, it was not my best competition: my squat was only 1kg heavier than my previous best, my bench press equaled it and the deadlift was ridiculous.

In terms of my preparation, preparedness (I’ll get back to that later) and strength, though, by far it was the best.

How do we explain such a paradox?

First: something completely unpredictable happened between Miami and Las Vegas. I got to Miami in a reasonably ok international flight by American Airlines in what I considered my best physical condition , preparation and strength. Four days earlier I got the results of my latest blood works: I have never been this healthy in many years. My competition preparation mesocycle was impeccable. My diet was finally in a state of perfection, reaching a point of individual fine-tuning that only much work could lead to.

The flight from Miami to Las Vegas, though, was a disaster. Almost as long as the one from Brazil to Miami, the aircraft was small, crowded, bad seats and, for some reason I just can’t figure, the attendants failed to adjust the air conditioning: the air was stale and hot as hell. Could have easily been around 90’s.

I took a short nap and woke up feeling a terrible pain on my lower back. At first I thought it was just the position I fell asleep at, but it got worse and worse. I am a very short person. My feet don’t reach the floor in regular seats. I observed that this produces an incessant lumbar-hyper-extension movement. It usually results in soreness and discomfort, but this time it was different. It was an injury. The pain increased and I took a tylox. I couldn’t take a muscle relaxant or anti-inflammatory medication because my fluid retention with those is dramatic. I do bloat with pain killers as well, but I had to make a choice since I couldn’t sacrifice my weight: I compete at the 132lb class, I worked hard to keep this weight and that’s that.

Between Sunday and Tuesday I endured excruciating pain until I weighed in. Then I took everything I had to handle the injury.

The second component for the apparent paradox is adjusting to the strictest judgment system I have ever faced (but I did apply it to the letter at our IPL Nationals). I had my second and fourth (record attempt) squats turned down because of depth. I have the videos. They could look good to me from that point, but the referees are right: they were the ones sitting on the referee chair, they saw what they saw. At the IPL, squats must leave no doubt at all as to depth. I’ve been at their chair and I defend them.

My round had lighter women handling much lighter weights. Their squats tend to be either deep or not at all. I’ve been told it is slightly different with the heavier males (as always). Maybe, and maybe it is my “bad luck” to be a light female handling heavier weights. But then again, quoting Spiderman’s uncle Ben, with great power comes great responsibility. It’s my job to hit my butt on the grass and leave no doubt.

I had my second bench press turned down because of my butt losing contact with the bench and so my fourth attempt was just a few minutes after the third. Again: I lift the heaviest, that means I follow myself in such occasions. These are the rules and if the rest period was not enough for me, too bad, my problem. I should be enough.

The deadlift is what I would call minimizing the damage in a catastrophic situation. The pain was bad and I felt something was really strained on my right side (quadratum, I think). I did a short warm-up and lowered my first attempt. I lifted 160lbs and when I tried the second, 172,5kg, quite easy in regular occasions, I felt something snap inside me and all strength was suddenly gone. Even my right leg felt weird.

Listening to everyone cheering and saying the best words they had for me, I slowly walked out of the platform. Little drops of sweat and some tears were on my face, although I was laughing at it. People offered me a chair but I just stood there, holding on to a squat support: “thank you, honey, but if I sit or lay down, I’m not getting up again”.  I took a vicondin and had a lot of fun with the awards session.

I competed against a bad injury and for a lot of good causes: my own devotion to a sport made of the sum of three best lifts, to honor this organization and sanctioning body that does all it can to promote our great art and to have fun. Injuries heal, good memories and the unique emotions of the platform last forever.

So, seen through a different perspective, this was my best meet ever. Not even a bad injury and a somewhat compromised neural and muscular system (with so much medication) were able to spoil it.

As I write this, in the middle of the night, having been woken up by pain (yes, meds wear off…), I know I had the time of my life. I also know this is the way I think powerlifting has to be conducted –  the only way. Rigorous and strict mean reverence towards a heritage. This is the heritage of the most incredible sport and its culture and this is the way to honor it.