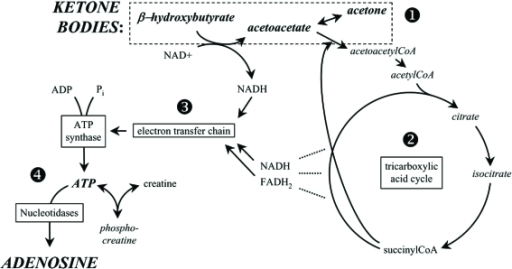 Ketogenic “things”: ketogenic and low-carb diets, these diets and sports performance and exogenous ketones (clinical and performance considerations) => the research

DISCLAIMER: to all Italian folks, I love pasta. #ProtectPasta#DontMessWithPasta. Nobody in their right mind would remotely suggest you stop eating pasta. We don’t need a third world war.

Seriously, any generalization about macronutrient use efficiency, energy metabolism and even drug action is just wrong. Clinical studies produce more and more evidence concerning individuality on xenobiotic and energy metabolism, not to mention absolute individuality of the gut (and other organs) microbiome. Non-responders, paradoxical effects and rare responses (as well as side effects) are the focus of a lot of research on synthetic drugs and xenobiotics, for example.

While nobody will dispute that all mammals are equipped with the same basic metabolic energy pathways, the control mechanisms for energy metabolism have been shown to be not only highly complex, but highly varied.

This is a long disclaimer for a short text. The point is to help those who manipulate primary data to do it properly and not take any article’s generalizations for its word without an evaluation of the context. Any individual research publication is done within a certain field and theme. It is engaging in a dialogue with other articles related to the same theme.

The second disclaimer here is a recommendation: while everyone, including researchers, assumes a certain model of that specific phenomenon, it is not advisable to infer from it what is supposed to happen regardless of the empirical evidence. Empirical evidence can be quite counter-intuitive and it’s up to the scientific community to make sense of that. Frequently, a model must be discarded or restricted. Even more frequently, further research shows that we are not talking about the same phenomena.

One uncomfortable situation is the insistence, from part of the research community and even more so from their followers outside it, that it is “impossible” to obtain high sport performance involving anaerobic energy systems except using glucose as the chief oxidative fuel. They go ahead and suggest that any diet that restricts carbohydrate will impair performance. This is know as “pigeon-holing reality”.

At least one study suggests that the metabolic benefits of any diet are more substantially related to its protein content than other macronutrient contribution variable. That was not considered in most studies concerned with ketosis. The latter emphasized metabolic and endocrine gains through ketosis, including higher testosterone production.

The sub-folder “exogenous ketones” contains even stronger claims concerning the benefits of ketosis. Let’s not overlook the fact that this folder contains many patent applications for ketone products. For obvious reasons, they present the state of the art as one where the clinical and performance benefits of ketone bodies is less controversial.

Of special interest to me were the findings concerning the benefits of ketosis over executive function after exhaustive exercise. The use of ketogenic diets in several neurological disorders and conditions is not new and not controversial: they can indeed control seizures in anti-convulsant refractory children. Benefits related to other neurological conditions are newer. Benefits related to normal individuals and in aging are even newer. Some of these studies can be found in other folders I shared here about mitophagy and the brain-gut-microbiome axis.

Also interesting were the findings concerning the administration of ketone bodies to individuals consuming a diet which was not low in carbohydrates. According to those studies, clinical benefits related to glucose metabolism and insulin sensitivity were observed. Exogenous ketones may be relevant, after all.

Below you will find my collection of files for literature review on ketone and low carbohydrate diets as well as exogenous ketones.

Dropbox is a free service that lets you bring your photos, docs, and videos anywhere and share them easily. Never email yourself a file again!