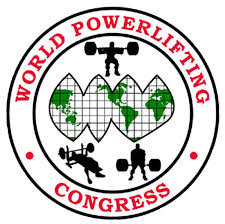 (the official reply from the WPC, sent by president Mr. Mike Sweeney, is bellow my letter)

I am addressing this report to you as my immediate superior in the organization, in which my chief role is that of an international judge. Other members of the Executive Committee are copied here because I have chosen transparency and strict adherence to principles over other possible mechanisms of disclosure.

The subject of this letter is a list of items which I believe are either irregular, in discordance to the rules or are inappropriate procedures to a reputable powerlifting organization. All of them have been personally witnessed by me.

The bench used at the 2014 Worlds had uprights with a minimum adjustable height of 34.5″ (87.63cm ). According to the rulebook, ” d) The height of the uprights on adjustable benches should be from a minimum of 82cm to a maximum of 100cm measured from the floor to the bar rest position”. The platform benches were not in compliance with the WPC rulebook. At this height, I was not only unable to reach the bar and, therefore, perform adequate setup, but attempting to do so with the help of three strong and experienced lifters resulted in an elbow injury that is taking long to heal. I could not compete. Not only are these uprights unfair and discriminatory against smaller lifters, but they represent a liability.

I understand the rulebook further states that “On nonadjustable benches the height of the uprights must be between 87cm and 100cm from the floor to the bar rest position”, which may lead you to conclude that higher uprights are acceptable. Since the benches at this event were adjustable, it is not reasonable to expect the non-adjustable standard to be considered.

A minimal knowledge of bench press biomechanics or experience on benching with a variety of lifters would make it obvious that a proper setup requires firm maintenance of scapular adduction and depression and an angle not superior to 120 degrees of elbow flexion with the bar gripped. None of that is possible for shorter lifters with such high uprights.  The issue is exacerbated with multiply shirts.

I am an international competitor.  I have come to respect a federation rule book.  I do not appreciate playing with words (should vs. shall) to justify not following rules.  It is a “rule” book after all, not a “suggestion” book. I was very disappointed, as the benches used at WPCs/Vegas in 2012 were in compliance with your rule book.  Before I entered the 3rdCanAm, I verified the bench was in compliance before I booked my flight and paid my fees.  I should NOT have to verify whether a rack will be in compliance for Worlds before I book an expensive flight and send in my entry.   I believe a meet director should identify whether adjustable racks will be used and if they are in compliance.  I would never participate in an event where racks are too high for my body mechanics.

Given the fact that they were the only benches offered to all lifters, injuries resulting from the poor setup and unstable movement caused by the equipment are the responsibility of the organizers who provided them. I believe these benches should never be used again in a World Championship. I also believe the organization at least owes me an apology, if not full refund of my registration fee.

One of the most serious and unacceptable situations happened at the weigh in sessions. It actually is no novelty: I witnessed the same thing happening at the 2012 Worlds in Las Vegas. Groups of lifters from Eastern Europe, especially Russia, disrespect the line of lifters and invade the weigh in room, further disrespecting the officials responsible for the weigh in. They create disturbance, repeat “no English, no English” to justify their unwillingness to communicate with the officials and that results in weigh in waiting lines of over 2 hours. In 2012 I waited 2h40′. This year, I was one of the first in line. I observed the group of Russian lifters as they gathered and prepared their “attack” as soon as the door was opened. I confronted them and we almost had an open conflict situation, weren’t it for the firm action of two officials. Unfortunately, they succeeded in creating more disturbance and invaded the room again.

Suggestion: Adopt the simple solution of providing a paper list in which lifters can write their names in the order of arrival. This way, the officials may call lifters to be weighed in in the order they showed up, allowing a much more relaxed and fair environment. It works everywhere – from schools to other sports. The way things are being done naturally results in hostility between national teams and doubts as to why the organization is so lenient on the quasi-delinquent behavior of the invading teams.

This year’s organizer had no written chart for judges distribution. She left the venue as we were about to start and, upon arrival, made what appeared a random choice for our positions. I asked if we would rotate our chairs and I believe there was some type of communication problem. She said “no” and we kept the same chairs during all six flights. I believe all organizers know this is not the best procedure for full power meets. Rotation allows much better attention from judges. Not having a chart for judges distribution, however, seems a bit of a stretch in organizational informality.

These are the most serious items I have personally witnessed. I heard there were others, but I would rather concentrate on what I have seen. I hope you can prevent some of these issues from happening again.

I have read your comments and put them down for a day or two and have re-read them.

…first of all, your main function is that of member of the WPC Congress or country head…which means you answer to me…

…third ALL your comments are negative…

As a “International Competitor” you should know that every Championship has its’ own special set of concerns both positive and negative. I now this to be fact, no one has been to more International Championships than I. This Championship is the evolution on the direction all organizations will be taking. WPC Championships ARE the gold standard in powerlifting. We had over 800 sportsman and 28 countries. I was there everyday, all day. Your strong negative comments are the only ones we heard. The equipment was highly praised by all, even by the other smaller lifters. Yes, the bench high was 3 to 4 cm off. You should have adapted to the situation and lifted a safe weight-range instead of injuring yourself by being “daring” or reckless. You were aware of the realistic conditions and should have adapted, you are experienced.

I do not think you are owned a apology, but I will spend more time with you at the next International Championship.