When life is its own metaphor: heavy and smelly 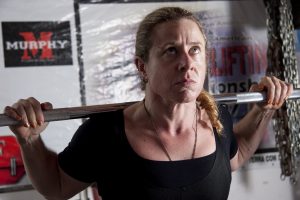 Yesterday I sat in my chair at the office and – yuck – realized I had smeared my boots with dog shit. On a closer – double yuck – look, or, rather, smell I figured it was a mixture of dog shit and carrion.

It was almost 1AM, I was home from having dinner with my brother on a Saturday in which I had worked the whole day: I had a meeting in the morning/lunch and then taught a class from 4-8PM.

My dogs had killed an opossum, were obviously happy about it and I happened to step on it when I got out of the car, plus some shit.

Things can hardly get any smellier and unpleasant.

The whole week was not only full of frustrating failures at work, but a training disaster: I hit the bar with my head boiling with unsolved problems. Publishing houses sending automated messages concerning the manuscripts I failed to hand in, magazines politely reminding me they really would appreciate the article on time, seminars being brought out too late, overlapping dates, partners backing off agreements… and suddenly even the warm-up weight felt like a ton.

Monday it was the squat day failure. Aborted training session; Tuesday it was the weightlifting day failure, all movements imprecise; Wednesday was the bench day failure: no pressing strength, no matter the angle, the grip, nothing; Thursday I gave up and decided to accept that I had lost control of things and it had all become one single mass of dog shit.

Time to stop and analyze it all, set the direction right again. It is not only a question of bad time management. It is actually a turning point: the end of one way of doing things, the necessary substitution for another. Many of my colleagues in the US are equally multi-task people: high performance athletes, writers, coaches, bloggers, among other things.

I am learning, and learning it the hard way. One thing I confirmed this week is that if I owe anything my pretty good performance, it is my athlete mindset. In spite of all the big and small problems I might have, I have always put powerlifting ahead and when I set foot at the training room, nothing invades my mind. Actually the high level of focus even fuels creativity in other realms, I think: inter-set conversations with my partners are quite productive because there is total mental interruption during the lifts. This week I was, for the first time, too weak. I succeeded in messing up my athlete-brain.

I also learned that multi-tasking involves multi-teaming. While it is inherently hard to manage one team, managing many is Herculean. Now, I am a good team leader and a bad people manager. I manage professionals. That’s what I learned during years of being principal investigator at the University. Not the case anymore! Now I have flexible teams of friendly people doing “things” together. The natural tendency of anyone in such an environment is to optimize one’s gain and time. If things are not very, very well and frankly discussed, it will happen at the expense of one or more of the team’s members’ time. Guess what happened? First I gave up personal time and finally even private work time.

Time to regroup and re-negotiate everything. That’s what I did.

Today I am still feeling uncomfortable, the huge backlog (or is it my subjective perception that makes it bigger?) is an almost material presence having tea with me as I write this blog post.

But I understand that feeling sleepy the whole day after the way things were going is welcome. It is f** Sunday, after all: everyone except me is using their own concept of “rest” to, well… rest!

I believe there are lessons to learn for all of us, multi-tasking athletes/writers/professors/coaches/sports leaders: first, there is no free lunch. You can’t have the cake and eat it too, so if you eat the time-cake, you won’t have it any longer. Second, no matter how friends you are with someone, they will look after themselves before anything else. Unless you assertively defend your interests, your time and your money, you will get screwed – and the project will go down the drain. Not because they’re bad, but because they’re human – time to “human up” and let go of the irrational messianic mission, guilt-trips or whatever prevents you from defending your stuff.

I learned the hard way that I was not being nice to my friends. I was actually fucking up all the projects by not putting limits and imposing fair task assignments for the team members. They needed me to do so – only I did not understand it before. It was hard to realize that when it came to the sports fed that fell like a bomb on my hands, the best way to manage it was almost dictatorial, deciding the main issues by myself, centralizing everything and distributing work according to where “a” or “b” could be counted on being reliable at.

This was a time where all the loads suddenly became too heavy and my surprise with the warm-up bar at the squat session reflected my attitude towards everything.

Time to scrape off the carrion of the previous life and the dog shit of past experiences from my boots and keep moving.