Marcos’ Chaos, the Sad Tropics and a spring of Hope 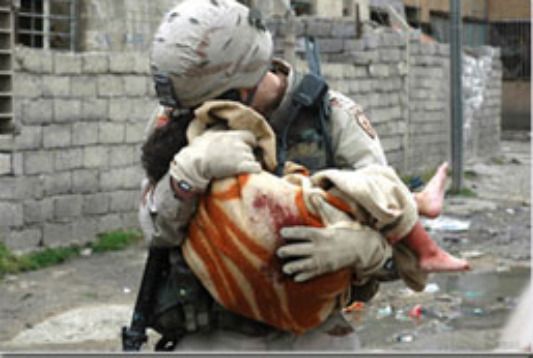 The other Day I told Hugo (or did he tell me?) that we saw something interesting in you: you take everyone with you. Anyone you have any type of positive relationship with, you drag along. And since your path is the Light side of the Force, you take us all to the light.

There are other special people near me, even in this miserable country, Sad Tropics, ruled by mafias and murderous cartels. Before I speak about Andre Giongo, Hugo Quinteiro, Sandro Ueno, Eugenio Koprowski, I would like to speak about what I read between your lines, or, rather, what I saw.

I saw mass graves with the bodies of females – from two year old little girls to elderly ladies of 80, raped, beaten, murdered and thrown on the ditch as if they were manure; I saw an army of Orcs out of the screen of the Lord of the Rings. Soulless creatures full of hate, marching in the name of an angry god that commands them to exterminate all that won’t bow down to him. I saw ISIS.

I saw this powerful force moved by hate growing like a shadow over the Middle East and Africa, reaching psedopods towards Europe, North America and South America. I saw the slums of Sao Paulo and Rio with so many young men, lost and upset, insurrection energy still contained as a dam ready to be broken, hearing the words of false prophets who speak of vengeance and justice and more gods of hate.

I saw mobs marching at the same time as armies, at the other side of the world, chop living human bodies into pieces and leave them agonizing in the sand. I saw almond eyes looking with hate at blue eyes; blue eyes looking with hate at eyes with a very white sclera against a black skin. I saw people with eyes and skin of all color, confused as where to look, not knowing where the hate-line directed them.

Around me, I see companies and people in a frenetic attempt to take advantage of me or anyone who will open their wallets or their hearts. I saw people using sweet words to have access to my wallet, my mind, my insides and my soul.

All this would be enough to make me give up. Why not? What does my minuscule effort to recover lost movement and strength in damaged people (one squat at a time) can do?

I think about Andre Giongo, who invented the boat, which is even more awesome (and I hopped in). I think about Winston Lima, who has put the first heavy object in my hands to lift, coming yesterday to speak about hope found in a Nazi concentration camp. I think about Riccardo Rambo and  Grazzi Favarato (whose name so beautifully remind us we should be always grateful) furiously fighting against visible and invisible forces while covering our back.

I think about the man I have most admired in my whole life, Eric Brown, who saw, not in a nightmare, but with his own almond Navajo eyes, all those horrible things no man should see (or go through). I think about his words describing how the light goes off in the eyes of men who lose all hope, and how hope is lost forever.

I think about all the men and women who are sent to Hell to fight the forces of hate and fail. Of the many who come back and, some time later, take their own lives because it doesn’t make sense to live in a world like that anymore. They are 22 every day, only counting those who came back from war.

I think about all the incredible people at the other side of the hemisphere who insist on the ministry of teaching, even in the darkest of places, even coming from the darkest of all places. I think about people like Aaron Chapman who dedicate their efforts to bring laughter and tolerance every time there is dissention.

I think about the coaches like Jay who will bleed until they can fish some self-esteem and hope from inside the soul of ONE child.

And then it sinks in on me that since History cannot be predicted on the long run by any algorithm or model, then, maybe, just maybe, it is worth it to keep hopping into invisible boats and even those not so invisible anymore. And to remember those who push trucks uphill when logic tells them to let it roll down and crash.

I look at you and I stay in this (beautiful) little planet because if there is one Marcos, one Andre, one Hugo, one Eric, one Aaron, one Swede, then it is still worth it.