Marketing, fitness and the bullshitosphere 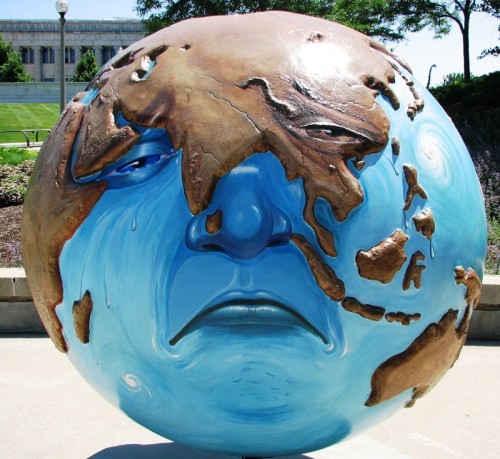 In Big Bang Theory, season 2, episode 4, Raj gets nominated as one of the “30 under 30 to watch” by People Magazine. For Sheldon – the only one not actually pissed off by Raj’s pathetic self important attitude -, the question is one of legitimacy, and, since he is an Aspie, of meaning. “Excuse me: 30 what, under what, to watch what?”. It’s a list of 30 over-achievers under 30 years old to “watch”. A celebrity list created by a celebrity magazine. No parameters other than marketability (which is the whole point of popular culture celebrities, as opposed to merit celebrities). Sheldon can’t understand how such list can be constructed since there are no consistent parameters, no measurable indicators, in short, no criteria.

By December, “top” lists were published everywhere, in most industries. With even less standards than most, the fitness industry was no exception. “Top coaches”, “top fitness experts” and other lists made by people or organizations with no technical authority flooded social media. Many of us despised them. It was clear they were highly valued by some of those listed, though.

Why? “Because they are stupid” is not a valid answer.

A better answer could make good use of Pierre Bourdieu’s model of “social field”. For Bourdieu, the field (scientific, religious, cultural) is where social agents negotiate their position in a hierarchy according to their social capital. In other words, a MARKET. Agents are permanently entertained with growing their social capital, expressed in the value of their PRODUCT. Bourdieu’s research focused in the scientific, political, religious and artistic fields. Fields characterized by intellectual production and negotiation and intellectual products (Bourdieu 1986, 1993, 2005).

In the fitness industry, many agents have more than one agency, or social role. They may project themselves as “coaches”, “writing coaches” and gym owners as well. In a time where most marketing is content based, sometimes this is a necessity. Gym or business owners who are not intellectual producers will hire those who are.

In a sense, except for those who hire writers, marketing specialists, and manage the businesses they own behind the stage, everyone needs to market themselves. The art of writing a resume, for which companies may charge a small fortune, is exactly that: how to “sell” yourself to your market.

In a market economy this is just expected and it is also okay. What bothers most of those committed to merit criteria and values is the manipulation of public perception at the cost of merit. In other words, the effective promotion of content that is not technically legitimate or credible.

One expression that became (in)famous is “broscience”. Nobody knows when and who coined it, but it became known as the type of information about something technical from a non-technical source, a “bro”. It started in bodybuilding, but today it refers to unfounded information in the fitness industry in general. Years ago, “broscience” was seen with contempt. Today, a quick browse over the popular fitness blogs and newsletters shows that the immense majority of its content is precisely broscience. The authors are not scientifically educated, they use scientific expressions either totally or partially out of context or, even when it is in context, they just skip the part where the information needs to be backed by published sources. They heard or read about it somewhere, frequently from another broscientist (often a fitness guru) and they take it from there.

On one side, we have extremely popular (measured by the social media following they have) hot chicks and dudes promoting complete absurdities. These guys don’t care at all about the technical basis of what they are saying or “texting” (rather than writing). Actually, they usually have no idea that the issue is a scientific one. On the other side, we have the broscientists and fitness gurus. Their combined production comprises the BULLSHITOSPHERE.

The fitness bullshitosphere thrives in increasingly anti-intellectual and anti-scientific societies. Yes, ladies and gentlemen: it is a grim scenario. The political clash between Muslims and Christians, the old left and the old right, has resulted in many casualties, but one is hardly spoken of: science and reason. With growing emotional partisanship, demagogical speech, rhetorical questions and other attacks on reason also grow.

The unfortunate secondary result of this scenario is that an increasing number of previously reasonable professionals are giving in to bullshit marketing. People who used to say and write interesting and reasonable things are brosciencing themselves.

I see no actual solution to this problem. So, maybe it is not a problem (since it has no solution). It’s a “state of affairs”. What should we, who believe this is a bad thing (for society, for Civilization, for Humanity, for human whatever), do? I don’t know. For now, I chose peaceful resistance. By that I mean not giving credit to active agents of the bullshitosphere. Ignoring them, not mentioning them, and, most important, offering better and better content to the small segment of critical or quasi-critical information consumers. Committing to educating them and producing high quality and authoritative technical content.

Maybe we are just dinosaurs and doomed to die out. But at least we’ll die out with dignity.