Meet Doug Williams and how he started Lift for Kids’ Sake 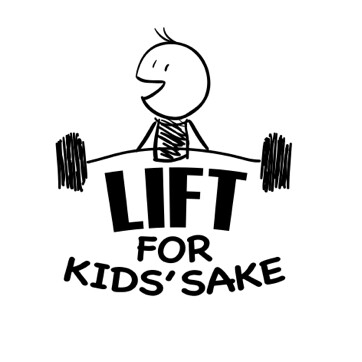 Doug Williams is a nurse who lives in Brockville, Ontario in Canada. Here he tells about how he became involved in the “Lift for Kid’s Sake” charitable initiative.

I have been a board member of Big Brothers and Sisters for about 7 years. In my first few years I felt quite unavailing. Yes, I was a big brother for a little while prior, and I guess that means I have experience in the field, but I was only on the board because my ex was on it and when we split I asked if I could take her place. I am a nurse, not a business person, and so I felt like I had little to offer at the organizational level. But I knew I was committed to the agency, and I knew I wanted to help. But how?

Meanwhile on the Internet…

I am a member of the website Sherdog.com. I fell into the Strength and Power sub forum some time in January – February 2012. This is where I learned of a little known sport called Powerlifting. I was hooked. It was something I could do by myself, on my own time, that had data to collect, which I love and made me feel strong, which I had never had but always wanted. I was a skinny high jumper, and I had always wanted to be big and strong! It was around this time that I came up with the idea of holding a meet for charity. I finally had an idea to contribute to the agency. But how? I have no idea what I am doing.

So we’ve established that I love powerlifting, I sit on the board of a non-profit org., that I want to raise money and awareness for, I want to run a powerlifting meet to do this, but I have no idea what I am doing. So I did what most would do. I went to the source. I phoned the president of the Ontario Powerlifting Association (OPA) at the time, Sandro D’Angelo. He was a huge support, loved the idea, offered his help, powerlifting meet computer software, insight and experience. We spoke for about 2 hours. He was the one who suggested I start with Push Pull. Logistics were easier and everyone can relate to picking heavy shit up, and everyone knows the bench press. Lift for Kids’ Sake as a reality was born out of this conversation.

I needed help. Now that the idea was clear, I needed to find equipment to run the meet. I approached a few gyms (2 of them to be exact) but none were very interested in lending out the equipment. I ended up speaking to a gym owner who was very interested and seemed very generous. He gave me venue and equipment for free. I was happy to throw his logo on everything, and plug his gym. I even referred many friends to his gym who all signed up. We did really well in our first year and we repeated it the next year with the same help, and made around the same amount. I knew that after year one I needed to make changes. I was worried my vision for the event was being altered by the influence of my lead sponsor. I was scared to make the necessary changes after the first year because I was scared I would lose more than I could assemble before the next event, so status quo remained in year 2. After this, I had some time to reflect and grew a pair of balls and made the changes I needed to. Lift for Kids’ Sake was bigger than one organizations need for attention. Once I made the decision to drop the lead sponsor I was finally able to approach other gyms, make decisions that I felt better aligned with my vision for the event and brought in 2 amazing people to help me out (my brother Daniel Williams and Chelsea Lee, an amazing woman with lots of fundraising experience). We had the most successful year to date, more than doubling the previous year’s donations. I had no problems assembling the equipment, and people were far more responsive to our cause.

We’re into the organization of the 4th year and things are looking good. I am finding more athletes, I am connecting with more potential sponsors and I have met many people who are willing to listen to what I have to say and seem genuinely interested in the event. My biggest challenge is to keep the event relevant and exciting without boring the public with my cries for help!