Powerlifting, the irresistible attraction for life and plastic armies – a letter to Jouko 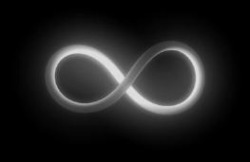 It’s funny, Jouko. I don’t care very much anymore, I guess. The administrative aka political aspect of powerlifting became somewhat of a bureacratic issue, just that.

Saturday a TV station in Brazil aired a show on a Sports series about me. They obviously highlighted the fact that I survived a suicide attempt AND (but that’s an “and”) was a world champion, world record holder etc etc.

There was a difference between this show and the others, however. I was grateful and I complimented the producer and journalist. They allowed me to give my own account of what suicide is and what powerlifting is in this context. No drama, you know? For people with a certain neurological setup and the “right” amount and type of stimulus, suicide is an irresistible attraction for death. For dissolution into nothingness.

So powerlifting doesn’t prevent me from dying just because it provides a sort of chemical correction of my fucked up brain. It provides me (and probably many other powerlifters) with something else: an irresistible attraction for the dissolution into the “All”. There is only one way to describe what one feels during a perfect lift: suspension of time and a total dissolution of the self. So, for this suicidal person, yours truly (and I believe this is a condition that follows us through life – this intimacy with death is part of me), powerlifting provides balance. It is an irrestistible attraction for life.

After reading your “squat philosophy” and thinking about PL as an irresistible attraction for life, who the hell cares if so and so is president of so and so fed, and whether youtube referees think such or such a squat was deep enough or not? I don’t.

Yes, there are creeps, but there are also people with “issues”. Good people who suffer inside this imaginary power play. I see all this infight and I can’t help but think that behind powerful Mr. So and So, or Mr. That and That, the gifted strategists, are little boys playing with their plastic armies.

I am back to working on the manuscript of my book about Strength and Death. And that, my dear brother Viking, IS TRULY SCARY. We’re talking about trillions of dollars invested in making zombies out of kids with psychotropic drugs. This is a war worth waging and, maybe, even dying for.