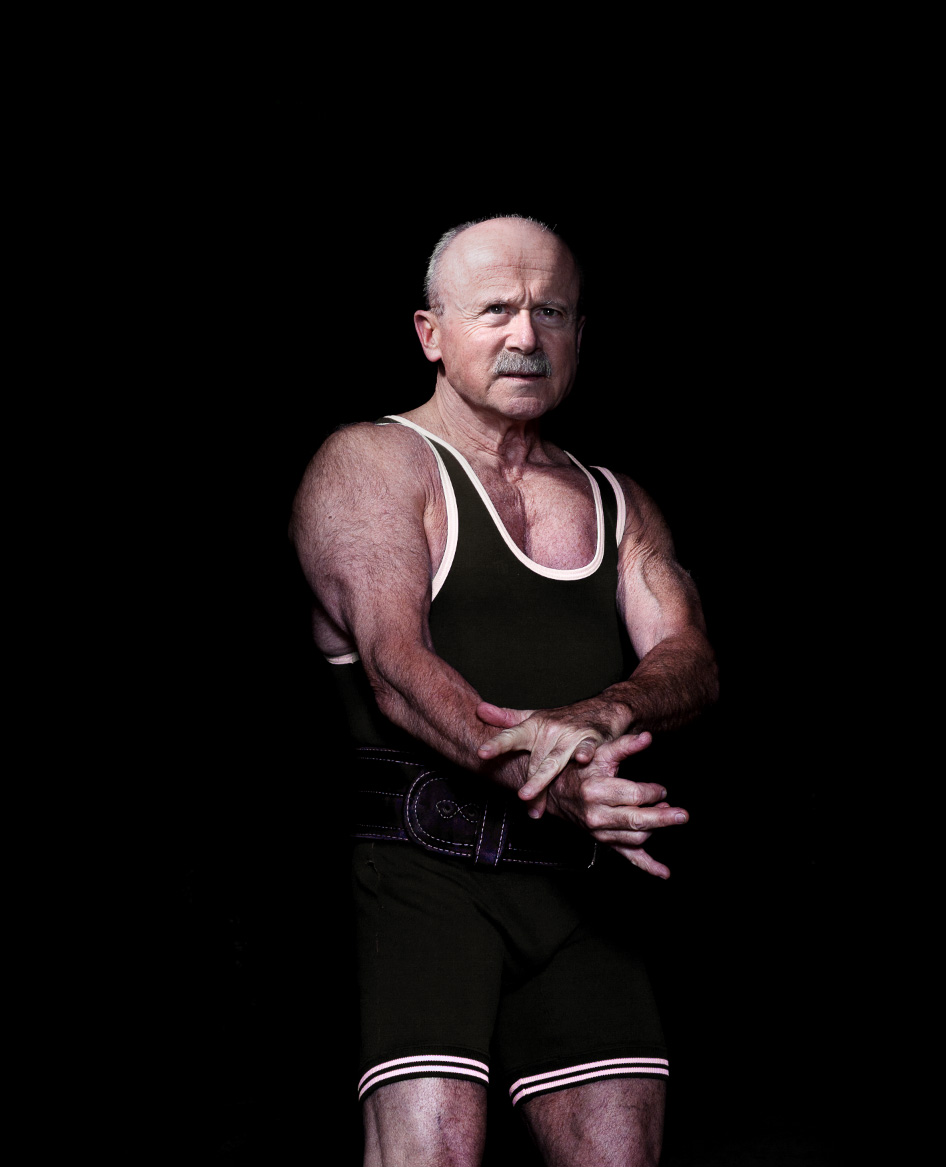 This is an “accidental” interview with the great lifter and, in his own words, “an ambassador for the sport”, Gordon Santee. Gordon Santee, one of the most amazing lifters in our sport, having collected 105 World Records, 112 American Records and too many championships to count at the age of 67, is also a responsible leader. I approached him last week in search for undocumented aspects of the history of our sport. He shared not only his experience and memory, but his insightful interpretation of the episodes I asked him about.

Amazed with the richness of the e-mail I received, I decided to share the contents with our community, after obtaining his consent.

For more information about the amazing Gordon Santee, here are some good links:

Marilia – as far as I know, the first commercial PL gear came into the market around mid 1980s, right?

Gordon – Actually the early versions of the gear started showing up in the late 1970s with the use of medical wraps, wearing multiple singlets to gain some thickness and the infamous wrapping of the powerlifter in a bed sheet for help in the squat. We look at the evolution of Anderson, Inzer, Rickey Dale Crain. These were the pioneers in gear as it was coming  into the powerlifting scene in the 1980s.

Marilia – What is your recollection of them?

Gordon – I started my competitive lifting in  May 1980 using the simple single ply gear. It consisted of a loose Marathon squat suit that was used for both squat and deadlift. Slightly thicker and stronger than a singlet, but not too much for support. No wrist wraps other than medical wraps and knee wraps were the white cotton/poly material that stretched and offered mostly knee stability. The bench shirts were very basic and mostly a poly stretch material. Unfortunately to get a tight shirt on required two very strong training partners and about 10 minutes of struggling and wiggling. Once on, it was nearly impossible to do anything with your arms since they were forced in front of you. I got maybe 20 pounds out of the shirt.

Marilia – Did they become popular right away?

Gordon – The lifters were always looking for that competitive advantage and a lot of experimentation came about. The manufacturers were starting to see the potential market,  but it came about slowly since many of the federations did not yet have rules for equipment in place.

Marilia – How would you compare them to today’s items?

Gordon – There is no comparison between what we had in the early days (1980s-1990s). For example, on October 10, 1992, I squeezed myself into an Inzer Heavy Duty Blast Single Ply bench shirt and set an American Master Bench record of 162.5Kg that has never been broken. It took 10 minutes to get on and I was exhausted, not to mention my training partners trying to get the shirt on. Today I lift RAW, but have both a single ply Katana and Multi-Ply Phenom that take about 1 minute to put on and feels like a well-fitting glove and not a straight jacket. For example, Scott Mendleson has benched over 700 pounds RAW and over 1,000 pounds with a shirt. Even the guys wearing the single ply bench shirts are getting 50-100 pounds increase in their bench. Some even more as the tweak the shirt material and fit.

Marilia – I had the privilege to manipulate an old knee wrap – I didn’t think it was possible to wrap it with much constriction without hurting the lifter.

Gordon – My first knee wraps were the old style white cotton/poly material that did little more than protect the knees. Now with the heavy duty materials and increased length (2 meters to 2.5 meters), lifters are routinely doing 800-1000 pounds. Many lifters when they remove the tight wraps actually have cuts around their knees.

Marilia – how did lifters feel about gear?

Gordon – The arena is divided between the RAW and Equipped. RAW is gaining tremendous momentum in the past few years. Part of the recent increase in RAW lifting is the influx of the Cross-Fit crowd.

Marilia – Did it take long for the major federations to recognize separate results and records for raw versus equipped lifting?

Gordon – For instance, the USPF only began recognizing RAW in 2011. The USPA in late 2010 when it was just beginning as an  organization. The AAU was probably the first to start recognizing RAW in 2007.  RAW has really only been around for the past 5-7 years. As I mentioned, I set my personal best deadlift of 255.5Kg at age 55 years in Cape Town, South Africa in October 2001. It was done RAW, but listed as Single Ply since RAW was not yet acknowledged. An example is the legendary lifter Ed Coan who for the most part wore a very loose single ply suit and refused to wear a bench shirt.

Marilia – Until then, whatever non-equipped lifting was just recorded on the same spreadsheet as equipped?

Gordon – Yes, for instance WABDL will let you lift RAW in the deadlift, but only recognizes it as a Single Ply lift in the record books. My RAW deadlift of 212.5Kg is the Single Ply Master record.

Marilia – do you have an approximate idea about when you feel raw lifting started to attract more lifters?

Gordon  – I would say that the past 3-4 years has seen a tremendous increase in RAW lifting. For example, in the USPA the vast majority of the lifters (over 50%) are now opting for RAW. In the AAU, the number is significantly higher at almost 75%.

Marilia – of the following possible reasons that have been floating around the discussion, which do you think is more relevant? What other reasons you feel are important:

Gordon – Not a major contributor

Gordon – Yes, a great influx of the RAW Cross-Fit has had a tremendous impact on the newer participants. Of course, we still have the old school lifters like me that feel RAW is Real!

Gordon   Although not discussed openly, many of the lifters have cut back on the gear because of the economy and the short lifespan of the equipment.

Gordon – Many lifters feel they cannot keep up the changing gear and are seeking an area of lifting where they can compete against their peers and not who bought the latest and best equipment.