Lulu – revanchism and its dangers 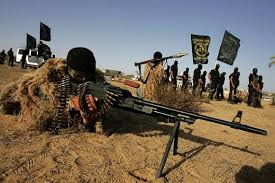 I’ve been receiving e-mails and comments about a new app called Lulu . Basically, it tries to reproduce and automate, for women, what has been assumed to be practiced by men only: share intimate information about ex-girlfriends and hook-ups. With this app, a woman can anonymously rate her ex-whatever.

I think there is no other word for this than REVANCHISM. Reviews claim the results show that women are nicer than men since the average ratings are not that bad.

Really? I beg to differ.

Revanchism, in any social conflict, is the evidence that reason lost and a cathartic reaction (always dangerously violent and reactionary) with no visible leadership is taking place. Examples would be to censor any form of cultural manifestation by white ethnicities, such as the Highland Games (celtic). Don’t hurry to dismiss this: it is taking place right now in Canada, where a Viking heritage festivity was forbidden after a reaction from non-white ethnic movements. And watch out: most Scandinavian descendants involved are progressive, anti-racist, anti-homofobic, nice, civilized people.

The theocratic dictatorships are the paradigmatic examples of such revanchism. And who, in good conscience, could defend they are any form of “progress” over what was before? They are obviously representative: they are supported by a great mindless majority.

So I don’t think “Lulu” is a harmless joke.

I believe any form or revanchism is revanchism, and it is bad by definition. It deepens the cleft between two conflicting groups that need to negotiate better forms of social interaction, period.

Feminism was not supposed to include any form of violent behavior towards men. In strict technical terms, it should mean only a position against gender inequality and gender violence – that is all. In these terms, all men close to me are feminists.

As we are all a bit sexist too: human beings are not 100% coherent (only bacteria are). That is what makes culture possible.

Sorry. This doesn’t look the least like a means to achieve a better world.