Another reason I am critical of certifications 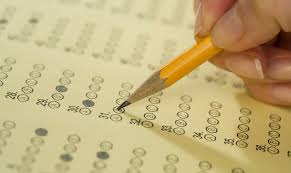 I have already voiced the opinion that we are living the era of certification inflation. In my professional field, which is strength and conditioning, there is a myriad of certifications in most countries. Each day, a new certification shows up.

In the United States, the chief certifications, as evaluated by the frequency with which they show up in job descriptions to fill positions in collegiate Strength and Conditioning coaching, are the following:

Both the CSCS and the SCCC require a university degree and apply a written exam. The SCCC also applies a practical examination and requires a period of internship. These are actual certifications, since they have a number of formal requirements that can be actually assessed: you need to offer proof of having obtained the bachelor’s degree, pass examinations, etc.

Other certifications have less requirements and most of them don’t actually test the individual for conceptual knowledge or practical skill.

These are issues that are always being brought up in professional discussion environments. While the CSCS and the SCCC, being based on several requirements, can actually certify what the coach knows, a certification on Pilates obtained at a weekend course with no examination hardly means anything.

As I also insist in every discussion about continued education and professional accreditation, certification and licensing, each country has specificities that limit the value of comparisons. I live and work in Brazil, where the higher education system is organized around professional schools. Physical Education is a degree obtained after a four year course in a Physical Education school, for example.

One can only practice any activity described in the 1998 law that created the Federal Council for Physical Education if one has a degree in Physical Education or if one can prove that he worked in the field, even if coming from a different educational background, since before 1995.

Every coach (whether sports coach or personal trainer) or physical education teacher must have an accreditation ID from that Council, pay the annual fee and carry the ID card on him at all times.

In the Brazilian context, special certifications have little or no significance. Physical educators will work at gyms, sports organizations or K-12 schools. Most of them are absorbed by gyms. In spite of the fact that no systematic survey was carried out, anecdotal evidence suggests that the certifications available in the market have little or no value to potential employers.

Employers do take into account other continued education degrees, such as what is called “specialization”, a 360 hour program legally registered at the Federal Council for Higher Education as such.

During the last year or so, some colleagues have been suggesting that I make MAD Powerlifting 6 level continued education program into a certifying program. I felt uncomfortable with this for several reasons. I don’t apply a standardized test to grade my students, to start with.

But the main reason became clear last week as I observed yet another Instagram post by an ex-student. This student, whose name and residence will be kept anonymous, is not the first and not the last to do this, but I will take this as an illustration of my point: a video of himself coaching a client performing a squat where I had to look carefully to find something right. It was wrong from all possible points of view. Then another video of himself squatting, again, with hardly anything right.

Did I fail so bad as a teacher/coach that this coach, who spent over 40 hours under my direct supervision, cannot perform one squat according to minimal skill guidelines? Maybe. And I go as far as to say that at least 5% of the people who register and attend my courses end up this way. No, I don’t have a 100% success rate.

Even if the other 95% were impeccable, which is not true, the 5% that wouldn’t pass a test with me are enough to justify me holding on to my decision of not offering a certification program.

Certification means that I am accountable for what that person does for the period it is valid. If I were to offer one, there would be tests and I wouldn’t validate it for more than two years. The person would necessarily have to come to me, perform all the lifts and pass a written exam. Everything would become much more expensive. And for what? Who gains with this? Is this person going to have better chances of being hired?

I don’t think so.

So what else, beside a degree, would be an indicator of quality for a coach, assuming the employer cannot test his practical skills at that point? I would say the traditional letter of recommendation would be suitable. Putting myself in the employer’s shoes, that is what I think is the most appropriate. Informally, it already works that way: I get requests for recommendation from many gyms and I frequently don’t have who to recommend.