Recharge batteries, clear my mind, sharpen my tools and enjoy freedom: five months in the USA – part 2: a strategy is born 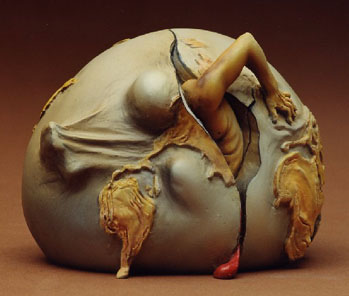 If you read part 1, you are probably screaming at the screen: “get out of this shithole, for god’s sake!”.

Three of my doctors agree with you. One straightforwardly said that during the last years, he never saw me clinically compromised, but that now I was. That it was time for a sound, true break and treatment.

That was when my coach/boyfriend and I had an idea: all MAD Powerlifting courses are taught between late March and early October. Before late March, nothing really works in Brazil. There’s a joke in the country that says nothing happens before the Carnaval is over. There is another that says nothing happens after “early Summer” starts. Summer officially starts in December 21st. “Early Summer” is in October. That is when all firms close the following year’s budget, investments, strategies, etc.

We tried to teach in February and November: it was a disaster.

Why not take advantage of that and accomplish many of the things we have been wanting to do for a while? Eric is an outstanding coach and coaches need coaches. I need him (for that purpose too). Although he supervises my training through skype, nothing substitutes direct contact. It would be important to follow two competitive cycles in that format. When we thought of that, I hadn’t given up competing in Atlanta yet (October 31).

The greatest problem with staying longer periods in the USA is that after the fourth presidential administration of the Workers Party in Brazil, the economy is severely damaged. The dollar is about three times as expensive as one year ago. Tourism agencies are either closing or totally re-organizing their strategies. That problem, though, would not be that great for me: I would be staying with Eric.

Not having to deal with many local stressful issues, such as the horrible traffic in Sao Paulo at this time of the year, the time consuming activities of daily life in Brazil and managing local issues would provide me the time to focus on finishing my latest book. Another plus.

A good part of my income is generated by online coaching of Brazilian clients. That does not require my physical presence in the country. In peace and quiet, I can write my spreadsheets faster and with more efficiency.

I would get to go to all the important competitions I planned to and, in some of them, be able to focus on judging only. A judge improves by “chair-time”: the more meets you do, the more unpredictable situations you face and solve. It was a win-win situation: I would get to help the IPL and RUM and get my desired “chair-time”. Judging is something I not only take very seriously, but I enjoy and face it as part of my mission. It is pretty much being what I am: a teacher.

Finally, I would get quality presencial time with my boyfriend and with very dear friends.

A strategy was born: five months in the USA to rest, recover, train properly and get a better perspective on the professional challenges ahead of me in Brazil.

Tickets were bought and here I am.

I don’t like Brazil. But according to my philosophy, tasks are not about liking. They are about “getting shit done”. I pioneered a continued education program in Brazil and I attracted the citizens of that country that have goals similar to mine. This is actually a privilege. Not many people get to have an occupation where they can actually dedicate their best efforts to a mission they believe in.

Not liking Brazil is something that will not change. The totalitarian nature of its political history and the fact that it is rapidly falling back into conflicts that might lead to violent social outcomes makes me sick. Social justice warriors in the country are increasingly stronger and controlling a good part of electors and “the masses”. I don’t see how to contribute to any significant change in the overall political situation.

But in my small, restricted and specific field of expertise, I do. I believe I have a contribution to make and a legacy to leave. If I can improve the lives of a couple of people suffering from the results of inactivity, if I can offer hope to a handful of well meaning coaches through my courses, I consider myself happy.

These months in the USA will provide me with what I need to go back as a more efficient and powerful fighter for the good causes.