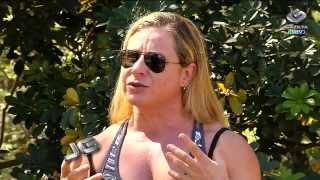 BY WAY OF INTRODUCTION: I have been translating (from Portuguese) some of the interviews and stories written about me in the past five years, as well as producing summaries about the videos recorded with some longer interviews. These translations were a requirement for a professional project. It has been hard work. Most of the original texts have style problems in Portuguese, make extensive use of imagery, metaphors and colloquialisms. Some phrases make no sense. The few arguments are not logically constructed. Interviews that took over four hours, sometimes even more than one day, were edited in such a manner that my words frequently sound out of context. Translating these texts has been more than hard: it has been pretty unpleasant. One of the most uncomfortable common features is that even when the whole story is about me (that’s the case with all the stories in this series), the title highlights my famous transgender brother, Laerte Coutinho. This is journalistic sensationalism and opportunism, to say the least. More than that, it is a disrespect with the reader and with the subject of the interview (me). There were worse stories than the ones published here, but those I ignored. I decided to post these on my blog chiefly because they reflect the moment when the media found my suicide story an interesting ornament to the big hype of the moment: Laerte’s coming out as a cross-dresser. Soon they realized that the suicide led back to horrific aspects of Brazilian political power: rape, abuse, brainwashing, physical and psychological torture within the leftist organizations. The stories about me stopped. I became “untouchable” and received more than one threat, including one with a sub-text of execution.

UOL (“Universo Online” known by the acronym UOL) is a web content, products and services Brazilian firm. It belongs to Grupo Folha enterprise. As of January 2015, UOL (Universo Online)’s website is rank 73 on SimilarWeb and rank 108 on Alexa Internet globally.[2][3]

In 2012, UOL was ranked by Alexa as the fifth most visited website in Brazil, losing only to Google portals (Google Brasil, Google EUA, YouTube) and Facebook.[4] According to Ibope Nielsen Online, UOL is Brazil’s largest internet portal with more than 50 million unique visitors and 6.7 billion page views every month.[

On her barbells, Marilia Coutinho carries much more than the weights that made her a world record holder in powerlifting, a non-Olympic weightlifting sport. The Brazilian athlete found in sport a way to control the serious bipolar disorder that threatened her life. As a “side effect”, she achieved the level of elite athlete that challenges any theory concerning physical activity in aging, as she competes in the same class as much younger lifters.

UOL Esporte met Marilia Coutinho during one training afternoon at a West Zone gym in São Paulo, in the final phase of her competitive preparation for a sequence of competitions in the United States, to take place in the following weeks. With one hand wounded in a training accident, the athlete was perfecting her technique, far from the 175kg that made her the all-time record holder [among all age classes] on the squat, among all powerlifting federations in the world.

Marilia speaks freely about her personal battle against bipolar disorder, an experience she is working to make into a book. In 2005, not finding a life style that fit her, the Biology scholar with a Ph.D. was lucky to survive a suicide attempt. The following year she discovered powerlifting as she visited a gym at the poor neighborhood of Paraisopolis, in Sao Paulo, in a turn of events that would put her in control of the illness (known for its sudden mood swings).

“Nothing cures this type of illness. It would be a lie if I told anyone it did”, says Marilia in reference to the book that she is preparing about the role of sports in cases like hers, titled “Strength against Death”.

“[The illness] contains elements of post-traumatic stress disorder (PTSD), epilepsy, nobody has a final diagnosis. What we know is that whatever I have is very serious. It might be a variety of bipolar disorder, but it is a bit more severe than the known forms. There is no cure, there is management. More than that, there is a chance of being happy”, she adds.

In her childhood, Marilia Coutinho practiced fencing, obtaining a few junior titles, during a period she describes as one of the only ones in which she found peace.

Following that, in her adolescence, the girl from São Paulo got involved in leftist movements against the Brazilian dictatorship then in power, and was a victim of her comrades’ violence. In her interpretation, the episodes produced a state of body alienation that aggravated her bipolar disorder condition.

CHALLENGES TO THE SPORTS MYTHS

There is a widespread view concerning strength sports athletes that represents them in a limiting manner. With a privileged intellectual background and competing at the athletic peak close to age 50, Marilia Coutinho admits that she could be a “case study” to challenge the traditional labels that stigmatize her fellow lifters and other sports athletes.

“I am 49 years old. According to “the book”, I can’t use long hair, I can’t have a very active sexual life, I can’t wear piercings, I can’t be too strong, I would have to give up many things that would be age-specific. This is akin to considering that a teenager is allowed to be reckless, irresponsible. There are two sides of the thing, maybe an exaggerated tolerance with the young and an absolute oppressive stereotyping of the aging”, says Marilia.

Marilia cites the North American athlete Becca Swanson as an example of athletic and intellectual success: she is an engineer and powerlifting champion.

World Champion in Atlanta, in 2011, on raw squatting (without equipment), the Brazilian athlete brings to the sport a long academic career that includes a Masters degree in Chemical Ecology, a Ph.D. in sociology of science and a post-doc in social studies of science.

With these elements, the world record holder says she is convinced about the direct relationship between athletic success and intellectual talent. In her arguments, Marilia cites the three strongest lifters, all of them with doctoral degrees in engineering in big North American universities.

“Becca Swanson told me she calculated her deadlifts’ psi (strength per area). She thought this was fun. Is it a coincidence that she lifted what she did, just because she is big? Her strength is largely a result of her cognitive skills to process that information”, she says.

With a bodyweight of 60kgs, 1.52m tall, 49 years old and a world record to call it hers, Marilia Coutinho is there to show us that the conventional sports labels can be challenged: “Is it me that am different or maybe all the data needs to be reassessed? I bet on the second hypothesis.”

Powerlifter Marilia Coutinho is the youngest of four siblings from a family where one of the brothers is cartoon artist Laerte. Creator of “Tiete’s pirates”, he recently adopted cross-dressing, a term that refers to people who dress or use objects associated to the opposite sex. By doing so, he provoked the reaction from people who knew his work in drawing.

Marilia says she is frequently requested for public speaking together with her brother in issues related to body expression, whether in academic settings or interviews.

“The body as the locus for social conflict. Laerte and I have a similar discourse about this”, she says.