Why do I have to make weight? Understanding relative strength and the nature of competition in sport. 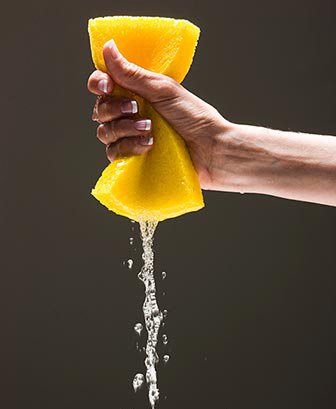 Making weight, in addition to being one of the most difficult aspects of sport, is often the most misunderstood. Widely criticized by both those who practice and those who watch any sport divided in bodyweight classes, making weight and cutting weight are often depicted as cheating or as reckless and risky behavior. Several academic articles, just apparently neutral, offer evidence to the health risks involved in dieting and dehydration strategies in these sports. It is no surprise that the authors have no first hand experience with them or even bothered to spend time to understand their logic. For these reasons, the methods employed in the research conducted by those scholars are inappropriate and hardly reflect the reality of weight class based sports.

Underlying all misconceptions and prejudice is the simple ignorance concerning the relative nature of strength. Physical human strength is a relative phenomenon, meaning it is related to sex, age, bodyweight, lean mass weight, among other factors. Strength sports with no bodyweight class, such as professional Strongman, not surprisingly have an elite group composed only of super heavy male individuals.

If there is no weight class, the sport itself will select the optimal body type and anthropometric dimensions. Bodyweight class-based sports, however, will produce results according to each class. Making weight and cutting weight is based on a simple premise: an athlete will seize on every possible advantage to win.

The concept of relative strength can often be complex. One of the common misconceptions among the masses is that the relationship between size and strength is linear, but this is not the case. People graduate in exercise physiology or physical education and still hang on to the idea that strength is directly proportional do the cross-cut area of the primary motor muscle. It is not directly proportional at all. Strength is a neuro-endocrine-tendinous-skelletal-muscular phenomenon. All these functional systems and their physiological adaptations to training contribute to strength and power output. The easiest illustration for this claim is a comparison of bodybuilders and powerlifters. For the same bodyweight, bodybuilders will tend to minimize their fat percentage and powerlifters tend to be much stronger at maximal strength measures. Bodybuilders’  cross-cut area for primary motor muscles is often greater. The actual ability to exert strength, though, is smaller.

The reason is in the multi-terminology definition above: powerlifters’ training strategies are aimed at maximizing net strength and power output. This can be done by maximizing everything and the result will be a super heavy weight athlete. If, however, the objective is to win at a lower bodyweight class (SHW is the heaviest class) then the strategy will be to optimize adaptations that do not result in increased body mass, such as neural and endocrine ones. It is a well known fact that a powerlifter may increase his strength without gaining mass. We go one step ahead in the argument: powerlifters may increase their strength without gaining muscle mass. And yet a last, surprising (often disbelieved) fact: powerlifters can increase their strength while decreasing total body mass at the same time. Hard to explain? Yes, but think “neurons” and go watch an elite powerlifting meet.

The dispute at powerlifting elite level involves three goals: first, win at his bodyweight class; second, win the “best lifter” award; third, break a record. They all involve maximizing strength output per bodymass unit. The relation between these variables is not linear.  This is why there are various formulas, such as the Wilks formula in powerlifting and the Sinclair formula in weightlifting, to determine the relative strength of athletes of different weights. This allows not only a lifter to win their respective weight class, but a best lifter to be determined. Someone may out-total Ed Coan, for example (not often), but by formula, he was very hard to beat – for a reason.

Proportionally, lifters like Coan are some of the finest athletes on the planet, but may get out-lifted by 50 total kilos on all three lifts put together by a guy who out-weighs them by nearly 50 kgs. When examined this way, it is fairly obvious why relative strength matters.

The dispute for podium, “best lifter” and records at the elite level in powerlifting, therefore, involves not only elaborating the optimal training program (for that specific athlete, at that specific time) that will optimize his neural adaptations but also to decrease his total body mass. The first thing a coach or athlete will consider is to get rid of fat: fat is not contractile tissue, so it is the first to go. It can’t be eliminated like body builders do, though: a minimum amount of fat is needed for optimal central nervous system response and strength output.

Diet plays a key role in losing weight for a meet. If you are in any other weight class than the Super Heavy Weight, you may need to start paying attention to your diet some time out. There are a variety of dietary methods ranging from how mom told you to eat when you were a kid (and you probably still should not fill up on bread before dinner) to specific dietary plans involving the cycling of nutrients. A common method of dropping fat and water before a meet is to lower carbohydrate intake. This may be slightly safer closer to a meet, as the total training volume often drops, and the need for high levels of muscle glycogen are not as great as they are during the start of a training cycle. A low carbohydrate diet can  allow you to rapidly drop fat and water in the short-term with no loss of strength or power. (1)

The actual diet that will produce the best fat loss for a given athlete, though, still follows the boringly repeated motto: biological individuality rules.  High performance athletes are, by definition, not normal in several parameters. It is not surprising that they are also abnormal in energy metabolism and endocrine responses.

“Making weight” includes two different strategies: designing the optimal diet that will promote fat loss while protecting and promoting strength gains and “cutting weight”. One of the methods of cutting weight for a meet is to drop water. While the methods may vary, the effects can be profound. All too often, athletes rely on anecdotal evidence, despite a certain amount of science available to guide them. The  keys to performing well at the competition are, first, avoid serious damage during the cut. The second, often where many athletes fail,  is to properly re-hydrate following the water cut. While methods will not be discussed out of a certain sense of responsibility, the effects of  cutting water should be noted.

There is a great deal of misinformation about this subject, ranging from “bro, it is easy” to “a 2% loss of water will lead to a 10% drop in strength.” While there is a decrease in endurance, there is no absolute point at which dehydration affects strength.(2) One study suggests that there is a decrease in power output when water loss equals 2.9% of body mass.(3) That being said, short-term water loss and rehydration can be possible even with only a two-hour limit. (4)

The limited scientific information and the abundance of anecdotal evidence provided by personal communication between coaches and athletes suggest not only that it is perfectly possible to make weight including the controversial weight cut, but that it is necessary: if one wishes to go for a record or a best lifter award in a serious competitive environment, there is hardly any  other option. Let’s keep in mind that everybody who reached that level is genetically special for the task at hand. That 100g water cut can mean winning or losing everything.

Winning a championship in one specific bodyweight class can be pretty impressive and significant. It can, however, mean very little: with dozens of federations out there, a world title can be obtained with mediocre numbers. Sometimes, even on reputable federation, it might be easy at a particular moment: a very light or very heavy weight class (very heavy weight classes tend to be easier for women), that year so-and-so decided not to compete, etc. The numbers don’t lie, though: whatever is lifted and the respective Wilks, Glossbrenner, Reshel or Shwartz/Malone can be compared with everything else in the world – at any time in the present, past or future.

The cheating argument hardly stands a little logical scrutiny. To claim that making weight is cheating necessarily implies the assumption that there is a “non-made” weight, or a “natural” weight. That, obviously, is bogus.

That doesn’t mean we believe everything goes when it comes to making weight. Some strategies, or, rather, some degrees of aggressiveness (as measured by the percentage of cut weight relative to hydrated body mass) or some substances are risky. They may lead to serious damage or even death. That is so rare that arguing in favor of special regulations to control weight cut (not surprisingly defended by researchers who never even saw a bodyweight class based sport athlete) is akin to defending public health measures against ophthalmic herpes zoster. Do you know anyone that died from that? That had that? There you go.

How many elite lifters you know who will do anything within their reach to break an important record or be awarded “best lifter”? We would say all of them. And that is what makes them elite , and they make the sport the meritocratic endeavor that it is.