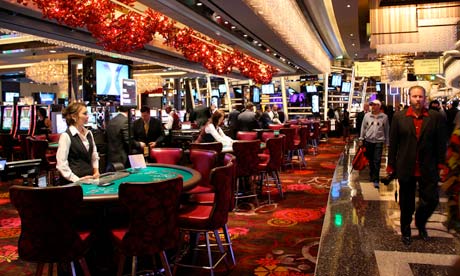 I like to be in Las Vegas. The reason is obvious: I’ve been there twice, both times to participate in international powerlifting championships where I meet friends who I spend at least an year away from and where I meet other people with interests, attitudes and behaviors so close to mine that there is a good chance we will have fun together. Not unlikely to even make real friends. Let’s face it: doing what you most love in life (lifting), meeting kindred souls, having fun with them for days and allowing yourself to not give a shit about the usual annoyances in life is the closest one can get to Paradise.

And why Las Vegas? Simple: it’s cheap. There is a reason for that: Las Vegas’ economy is based on gambling. Tourism, yes, entertainment, certainly, but it all comes from gambling. Gambling is the raison d’être for the casinos, where entertainment, conventions, meetings and a couple of sports competitions take place. The hotel-casinos are at the foundation of such economy. To attract and keep gamblers, lodging is very cheap (as compared to any other interesting city such as Columbus, Philadelphia, San Francisco, etc) and everything is done to stimulate longer stays and more gambling. For example: in which other place will you find smoking-permitted closed environments in the US? But keeping people inside the casinos is important: if they leave their chair to smoke outside, for a few minutes they will stop spending. In a market economy, this is precisely calculated. Everything the gambler needs is within reach. Food is not that expensive, you have some type of drugstore, convenience shops, etc.

A fake glamour is indispensable. Hotel rooms will lack a fridge or a micro-wave (which even the cheapest places in Columbus, for example, have), but they will be large, with king size beds, drapes, lots of mirrors and lamps – the works. The gambler must be permanently kept in some sort of abundance illusion.

For athletes, this means cheap and comfortable lodging.

It also means not looking around too much. The sight is depressing. Since old habits die hard and intellectual “habitus” never does so, I tend to collect stories, as if in permanent ethnographic research. One of our taxi drivers was a 75 year old lady with 8 kids. During a 15 minute drive she managed to tell us her offspring included an ex-con pedophile and two drug addicts. We had contact with the gamblers at the lobbies, common areas and elevators. When I was heading back to my room, once, a tall worn out man around his 60s or 70s (but could as well have been 50s, since damaged people age fast) stared at me for a long time before saying: “I hope your luck today is better than mine”. He had a hopeless expression on his face. I had just won the championship with a bad injury. I was in pain (a lot of pain), but happy. Now, laying down on forced rest to heal the serious injury, I realize my pain is nothing compared to the devastating black hole of meaning that swallows people like him.

Sometimes I bumped into laughing groups of people celebrating their arrival at Las Vegas. They assumed everybody was there to gamble, like them. “Ready to get rich?” some asked me. On a closer look, they were all middle class people desperately willing to let themselves be eluded by the fake luxury all around them. Fake golden fountains, fake diamonds, fake furniture. Las Vegas, the land of adventure, of chance, the quintessence of “equal opportunity”. After all, gamblers are equal in their willingness to defy the laws of probability and be crushed by its inexorability.

There is practically no intersection between our world and theirs – athletes and gamblers. Our dense bones are adamantium as compared to their chalky skeletons. We head from our rooms to the lifting area with our large, strong and highly recruitable muscles moving kinetic chains made of damaged cartilage, tendons and ligaments that we ignore under loaded bars. Many of them move with electric devices, wheelchairs and crutches.

In a certain aspect, though, these two worlds meet: we are all risk takers. Gambling is taking a chance against reason: the gambler bets on something highly improbable, but there is a low probability he will succeed. Athletes get under the bar knowing they have a high probability of lifting that weight, but there is a chance they won’t. It is heavy. It may be scary. It can hurt. We do it anyway.

Las Vegas has the highest suicide rate in the USA. I don’t think this is surprising. My experience there is that of being among the most vulnerable, sad and damaged group I ever saw together.

Suicide is only a serious concern in sports when dealing with former professional athletes. Ex-athletes. People who were stripped off their emotionally protective athletic identity.

I travelled a lot in my life. I lived in the US on and off for years and I know too many places to count, from East to West Coast. I love most cities I lived in and numerous places I visited. Las Vegas is not one of them. I hate the lights, the cigarette smoke, the sounds from the machines where those lonely gamblers sit with their drinks and cigarettes, staring into the void. There is no natural or architectural beauty to admire, no art or natural history museums, no amazing aquariums, no botanical gardens – nothing I enjoy.

In spite of all that, I can’t say I don’t like Las Vegas: that’s where I meet people who are very dear to me and where I lovingly practice my art of powerlifting.

And it’s cheap – most of us have very limited sponsorship.

See you in one year, Las Vegas.

Legalized casino gaming in the United States: the economic and social impact

An Investigation of Entertainment Proneness and Its Relationship to Gambling Behavior: The Las Vegas Experience

Edgework: The Sociology of Risk-Taking

People of chance. Gambling in American society from Jamestown to Las Vegas.