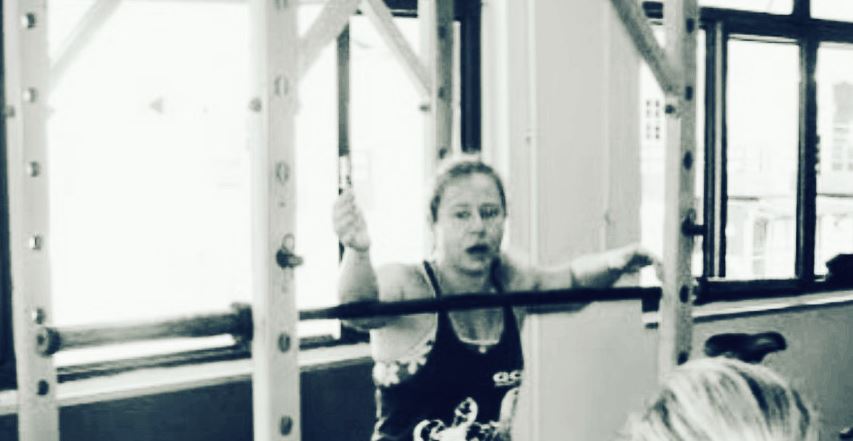 Sean is an old friend who shares a mixed blessing with some of the most interesting people I know: he is multi-talented and he doesn’t have one talent overriding all the others. He is a business manager in a multi-national company, he has two kids in whose life and education he fully participates on and he is naturally talented for several sports. As a young man, he was a martial artist and when we met, as he was already in his forties, he was starting on Crossfit. Sean’s problem is that he doesn’t just “start and chill”: he must get excellent at. In a few months, he participated on his first local games and was a medalist – I don’t remember if he won or if he was second. Then he befriended me and became fascinated with powerlifting. Unsurprisingly, he won the first local championship he participated in. His technique was impeccable. Coaches know how hard it is for older athletes, especially those from the other strength sports or even recreational bodybuilding, to acquire weightlifting skills. Sean did. Through common friends, he became acquainted with Strongman and, naturally, showed a lot of talent for that, too.

Sean was so much in love with everything lifting-related that he opened his own training center with a partner (and didn’t quit his job).

One day I got a call from his physician (we’ll call him Walt because he will show up in almost every log): Sean was a mess. His bloodwork had all the known overtraining syndrome indicators and more.

Here’s something unknown to lay people: overtraining syndromes are not one condition. They come in different forms and may not be that easy to diagnose. In extreme cases, though, you have a very sick individual in front of you. Unless the physician is trained in exercise science, this person will be misdiagnosed and will receive treatment that may not be optimal for their condition or may even make it worse.

Walt took care of the pharmacological part of the treatment but he insisted that Sean worked with me for training. He was reluctant at first. He gave lots of excuses including “I never followed a program before”, or “I may just need to rest” and others. Both Walt and I had to explain to him that athletes on OTS treatment cannot just stop exercising. Exercise deprivation actually aggravated the syndrome. I guess I know where his reluctance came from: Sean wasn’t used to low performance or even lack of a performance goal. He didn’t want to adopt what he understood as “light training”. Not pushing himself to the extreme was something he never experienced and he was afraid.

Sean is challenge driven. I had to create a challenge for him. The challenge was to improve his bloodwork and a set of subjective indicators in one month, plus follow exactly the prescribed exercises and intensities. Not one pound more, not one rep more: exactly that. He was then supposed to send me journal feedback for every session. The whole two-month strategy, the detailed and charted plan was discussed with him. He loves charts, flowcharts, and spreadsheets: this was great for me.

This is what Sean’s first week looked like. He accomplished as if it was tapering for the Olympics.

In the next weeks, I’m going to discuss OTS recovery through Sean’s case, including the elaboration of the strategy.

As a poetic note to this entry, this is the dialogue Sean and I had as soon as he won his first powerlifting championship a the 75kg (165lbs) class: