The right question and the dangerous answers: why do you lift, why are you a powerlifter and why do you compete? 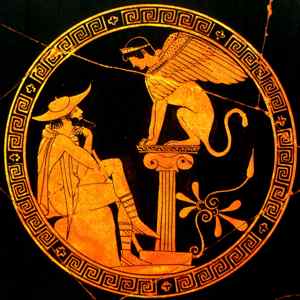 [Warning and disclaimer: this is not the best reading for a pre-competitive period.]

A few years ago I wrote an almost poetic piece on why I lifted weights. It was the first time I tackled issues related to flow, still unaware of the wealth of literature on the subject. I just described the feeling of timelessness and dissolution of boundaries that happens during a perfect lift. Since the perfect lift is an extremely rare event, the whole thing about training, periodizing, perfecting one’s skill was about reaching that state of altered consciousness.

But that didn’t answer an unasked question (until then), which is: why do you want to do a perfect lift in that specific occasion, the notorious competition?

Since the questions were asked in different times and contexts (why did I lift and why I took part in competitions), the answer was still easy: the competition is a celebratory ritual moment. It is set so that a community of peers will witness one’s achievement. So “the perfect lift” couldn’t be perfect by itself: being us humans social beings, the achievement of the perfect lift had to be a social event. In order to know that it had really been done, one needed to be watched by referees so they could tell you later: “yes you did, it, girl, deep enough, continuous, good lift”. It was only rational: one can’t lift and see oneself lifting at the same time. Plus, there’s the whole anthropological discourse on everything being socially constructed (yes, I am being ironic, it’s not just your impression).

And this is where the legendary shit hits the fan.

Winning is the outcome of a competitive activity. Competition can be either part of a game (and the sociological definition of sport is that of the institutionalized game) or of any merit-based activity. Science and art are based on competition – they are meritocratic endeavors. In fact, Civilization as we know it owes its cultural awesomeness to the frenetic engagement in meritocratic activities by the best members of our species. We could say that science, art and sport are the tripod of modern culture and western civilization.

Sorry, it’s not because they get such a high with a scientific discovery or the construction of a great model that they obsess on it until they become just great scientists and, as a consequence, they publish a lot. It’s not because their creative drive is so painfully irresistible that they need to create the perfect sculpture and, therefore, it will be chosen by the Berlin exhibition organizers because it’s so awesome. And the lifter doesn’t want to win the Worlds because he or she wants to share his or hers transcendent flow moment with our peers.

We are talking about intrinsic and extrinsic motivation. Psychologists today are involved in integrating both models, but until now, models and evidence do not satisfy my need to explain why is the immense majority of participants in any of the tripod elements of western civilization so willing to cheat and misbehave in all sorts of other ways in order to WIN. And to keep winning.

Let me share a disturbing piece of evidence from my backyard (and I am sure you could contribute with examples of your own): there is a well known organizer of powerlifting-like events in Brazil who grants an extra 10% weight increase in the result sheet if the athlete pays the membership fees to his federation. The first time I heard this I could only reply “this is a joke, right?”. No, it is not a joke and hundreds of athletes participate on his events. When asked, and, worse, when confronted with the statement that this is institutionalized cheating, they look surprised.

There is, however, a piece of the puzzle still missing. In all the other meritocratic situations mentioned above, including other sports, there is a tangible possibility of conversion between recognition (symbolic capital) and MONEY (monetary capital). Whether this happens directly (the Noble prize involves quite a respectable endowment) or indirectly (salary raises, sponsorship, etc), it ultimately involves POWER and MONEY.

The caricature-like situation I described above has no evidence of providing neither. The lifter is satisfied with a trophy and seems to be quite happy with it. When I explain the results would never be recognized by any serious international federation, their blank looks showed they had no understanding of the value of such recognition. There is a little money involved for overall winners or heaviest weights, but they definitely don’t compete because of that. They really enjoy the kitsch trophies (huge, golden, colorful and a little disgusting).

Of course, this is a very particular case. It’s like describing a tribe in one lost island in Micronesia where people engage in ritual public puking in the full moon and the anthropologist will spend ten years trying to attach his ethnographic observation to any universal conclusion about human social organization or cultural relativistic model.

But, dear fellow lifter, let’s face it: powerlifting is not an Olympic sport, we have almost fifty international sanctioning bodies, a myriad of bodyweight, age and occupation categories and anybody can be world champion. If you, as I do, oppose the totalitarian one-federation regime where the athlete has no say in any decision, our present situation should have decreased the frenetic drive for winning at all costs and optimized the value of HAVING FUN (or transcending in a socially constructed manner, whatever). Hostility and dishonesty should have decreased, and not the other way round.

Bottom line is, I still know why I lift, which is a lot about transcendence, but also about surviving my illness. I don’t know about competition anymore. We’ll see.