Twilight zone: Columbus and more thoughts on teams and gyms 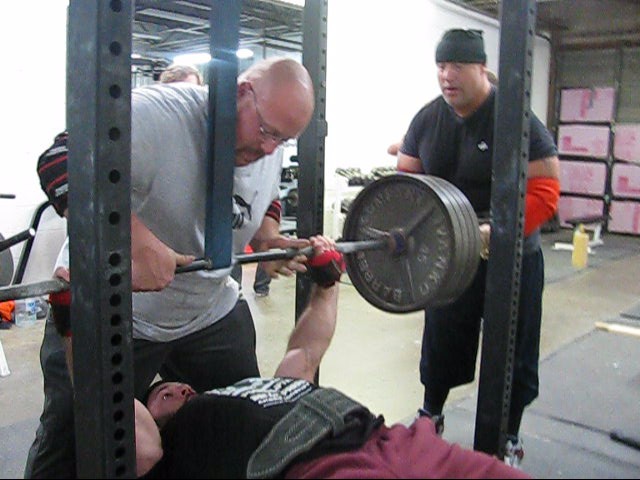 There is an unusual period that follows or precedes a competition. It gets even weirder when two meets are close enough so that the funny pre-contest feeling merges with the post-contest one. That is the twilight zone.

I’m at the twilight zone that followed the WPC Worlds and precedes the RPS Xmas Carnage. The WPC Worlds were particularly heavy on my reserves because my circadian cycle never fully adjusted to the time zone and I have sleep disorder , so my sleep was horrible. Plus I had my responsibilities with judging and never had the time or energy to forage for healthy food. The trip to Columbus basically ate two days with connections and sleep: we collapsed at the hotel, having committed the ridiculous mistake of taking something called Somatomax… supposed to be some sort of panacea, good for your recovery, performance, neural health, etc., but all it did for us was get us to sleep and hallucinate one whole day.

The two following days we spent visiting places we had planned to for long: Westside Barbell and Dogg House Gym. Westside Barbell requires no introduction: anyone who knows anything about powerlifting is aware of its mythological status. I’ll keep you hooked for more technical comments on WSB for another article.

This short airport entry for the blog is meant to share my feelings concerning the nature of training teams and lifting gyms – people and environment connected by their common relation to powerlifting and the natural ties between them that such commitment produces.

The common elements that we observed in both gyms is that they are lifting gyms. Sounds stupid, but there’s some depth under the obviousness of this statement. They are not just physical locations equipped with the proper training material. They are the locus of a social action. The signs of this “social construction” of the lifting environment are everywhere: the “messy” aspect an inattentive observer might recognize is actually full of its own logic and order. The dumbbells are scattered, but they are scattered right there where they belong and where the community the creates that environment collectively decided they should be (whether in a conflictive or harmonious manner, it makes no difference).

If we hadn’t arrived when people were actually training together, we would still recognize these elements.

But we did arrive precisely then. Actually, at Dogg House Gym, we were immediately invited to join them. A group was doing reverse band bench press and Diego and I took turns according to the order established by their leader.

It felt good. At that moment, I was just another lifter among a group, doing exactly the same thing. It felt so good I could go on forever benching like that.

But I remembered I needed to do rows.

I’m at the twilight zone, triple twilight because of the constant trips and time zone changes, sleepless nights and unplanned meals. It’s hard to keep any training schedule. So I decided to make the best of my experience in these lifting gyms, train with them and while experiencing that rich interaction, give some thought to what training teams and lifting gyms really are.

I knew things that resembled those, but not really. There are no real lifting teams and lifting gyms where I was born (and don’t belong).

And that is good.